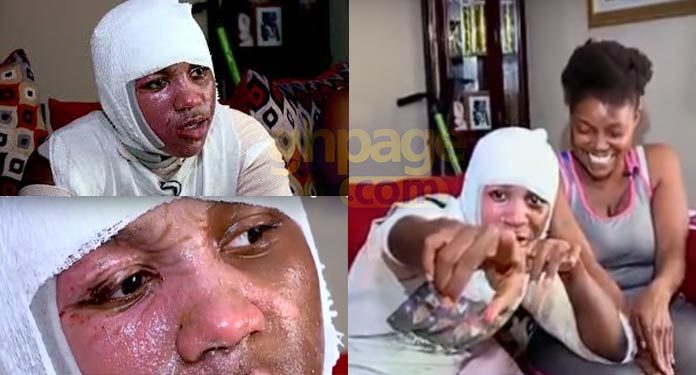 A bizarre challenge called ‘Hot Water Challenge’ which involves drinking boiling water, or pouring it on a friend has left a 15-year-old boy in Indiana, the USA seriously burned.

Kyland Clark from Indianapolis said he was left with second-degree burns when a friend pulled a prank on him last week as part of the “Hot Water Challenge,” news station WXIN reported.

Before the incident, the victim and his friend reportedly checked out the challenge on YouTube and decided to try it.

According to the news station, while the teen was sleeping, his friend poured boiling water on him, causing serious burns on his back, chest and face.

“My skin just fell off my chest, and then I looked in the mirror and I had skin falling off here and, on my face,” Kyland told the news station.

The teen was rushed admitted to a local hospital, where he remained under treatment for a week, with doctors telling him that his skin will take several months to heal.

“To see my baby, all burned up like that, it was heartbreaking,” his mom Andrea Clark recounted.

Dr Ed Bartkus of Indiana University Health also issued a fair warning that the challenge can cause permanent injuries or even death.

“If your friends are telling you to do this, they aren’t good friends,” he told Fox 59.