Video: A hunter rescued me when I was about to kill myself – Don Little 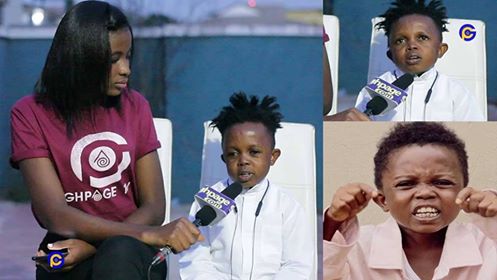 Ghanaian diminutive actor, Steven Atanga, also known as Don Little, has disclosed he was rescued by a hunter when he attempted committing suicide.

The actor revealed that after his birth, his parents rejected him and it took the grace and favor of God to land him in the limelight.

He added that during his childhood, he lived with someone who took care of him including his education till he was able to establish his small airtime vending business.

“I thank God for a hunter who saw and rescued me when I wanted to kill myself. He took me home and adviced me of which I understood and everything was fine as time went on”, he said.

Little stated that “I became hopeless so if I walk around and get something to eat then I find a place to sleep. So a woman by name Augustina Seidu with her husband Samuel Ofosu took me in and catered for my basic education.”

In recounting how he shot to stardom, Don Little said that he used to go on set with some actors in Kumasi but later met comedian Funny Face who gave him his major big breakthrough.

The actor further explained that with all that happened to him he was steadfast in the lord and he saw him through. He stated he does not depend on man but on God Almighty.

It can be recollected that there was a recent fallout between Don Little and Funny Face, with Don Little recording a video in which he was seen shedding tears and pleading with Funny Face. The diminutive actor said all scores are well settled now.

Don Little has featured in many movies and sitcoms including “Woma m’anigye”, “My love story” among others.