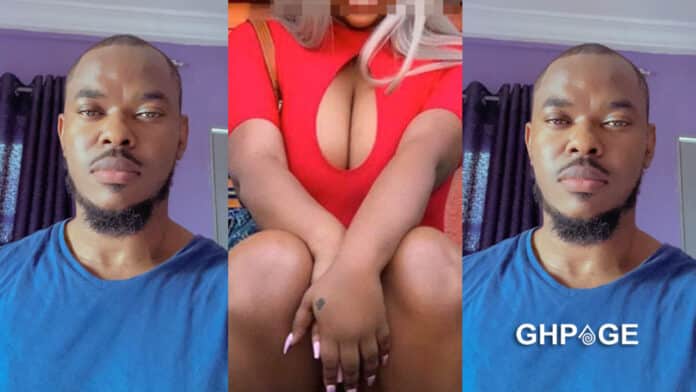 A Nigerian Software Engineer and aspiring musician has narrated a bizarre incident that forced him to pull the plug on his blossoming relationship with his Ghanaian girlfriend.

Chizom took to Twitter to reveal that he broke up with his ex-girlfriend after he caught her attempting to cook rice for him with her menstrual blood.

He was responding to a survey asking men why they stopped talking to their love interest. After chancing at the tweet, he decided to share his ordeal.

Chizom claimed that he return home to surprise his then-girlfriend only to see her washing off her bloody discharge into a pot of rice she was preparing for him.

Apparently, the lady’s friend advised her to wash her unhealthy period blood into her man’s food with the aim of spiritually taking full control over his life.

“And if you all think this is a joke, the lady was Ghanaian, and her friend advised her to do it,” he added.

Stories of this nature have occasionally been shared by many women, especially in Africa, who have done the same act or witnessed their friends execute it to win over a man they want.

It’s believed that doing so makes the man love you wholeheartedly, ignoring other women and being at your beck and call with the snap of a finger.

Such women are viewed as golddiggers who only come into the lives of men with the sole aim to milk them and leave them hanging out dry after getting whatever financial benefits they seek.