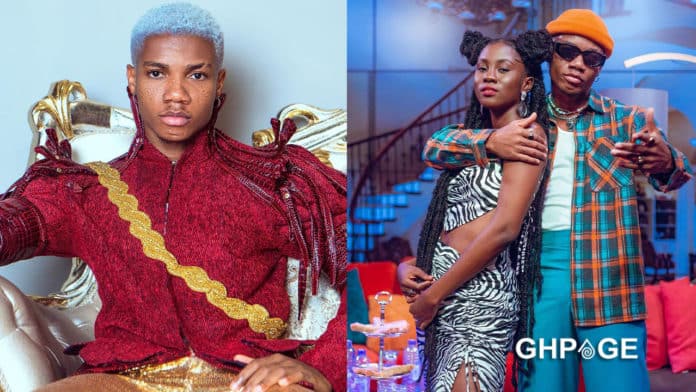 After KiDi asked a harmless question on Twitter as to why ladies think that their ex-lovers have lost big time following a breakup.

A pained tweep who couldn’t hide his intense dislike and hate for KiDi stormed the comments section of KiDi’s tweet to accuse him of snatching his girlfriend rendering him single.

According to the tweep, his ex-girlfriend became so enamored with KiDi’s music that they broke up. He went on to say that the girl was so onto KiDi that if she had met him, she would have slept with him.

You this guy, I hate you,” stated expressly, adding “…my ex was so much carried away with your songs and this led us to breakup. Why? Because she was much into you and would have fucked you if she got the chance to meet you. Siaa man.“

Well, KiDi has replied to the guy’s insults and accusations and according to him, he knows nothing about what he’s talking about hence he is innocent.

The “Mon Bebe” hitmaker wrote; “Na me dier may3 den” to prove his innocency over the guy’s wild claims.

Blow is a screenshot of the tweet that landed KiDi into the guy’s gruesome nest.