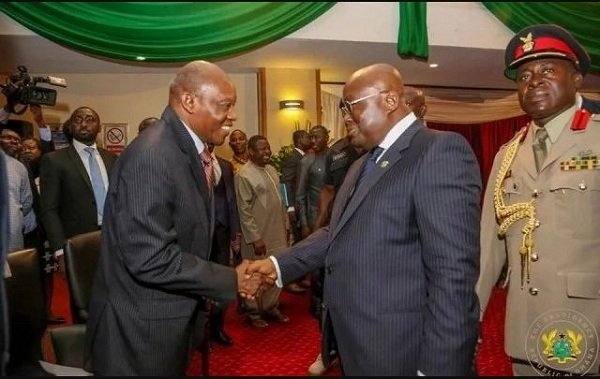 Ghana was sitting on a time bomb in the year 2012 when a presidential aspirant sent election results to court for redress since he and his party members believed something went wrong.

The then-presidential candidate of the New Patriotic Party (NPP), Nana Akufo-Addo and the then chairman of the party, the late Jake Obetsebi Lamptey, presented a petition to the Supreme Court.

A justice of the Supreme Court of Ghana, Justice William Atuguba has now spoken for the first time of the reason behind the court’s verdict in the 2012 election petition.

In a new documentary titled “The Election Petition” which is yet to be aired, explained the reason why the decision went in favour of former president John Dramani Mahama.

READ ALSO: “At age 11, I was ‘raped’ by a lady” – Maurice Ampaw narrates how it all happened

Their petition was based solely on, multiple infractions and irregularities and therefore John Mahama shouldn’t have been declared the winner.

The case should have gone in favour of the plaintiffs as per a discussion held at the British Council Justice Atuguba is alleged to have stated that.

“quite clearly not and this kind of thing, you know, to the ordinary man will mean that something had drastically had gone wrong with the decision process and that it wasn’t the correct verdict. But that is very very unfortunate”, he stated.