Police release more details on the murder of Otumfour’s Asamponhene 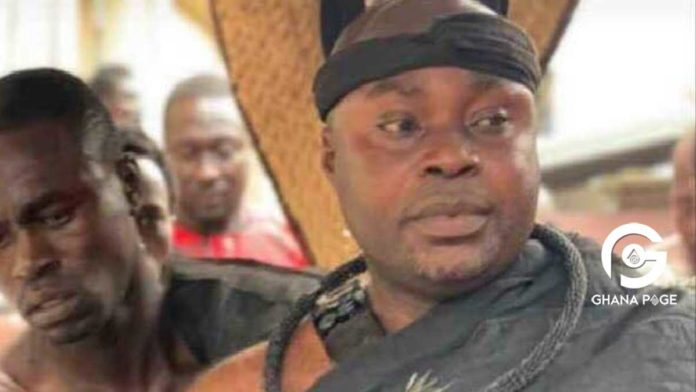 The Ghana Police service has released more details on the gruesome murder of the Asamponhene of the OverLord of the Asante Kingdom, Otumfour Osei Tutu II.

“Other road users who saw the vehicle in flames with the deceased stacked in it douse the inferno but close observation revealed that he was stabbed multiple times. We are not ruling out contract killing and it is possible he was killed somewhere and driven to the scene. They were determined to burn him into ashes in order not to leave traces”.

It was also revealed that a close friend of Nana Kwadwo Afodour and another person have been arrested by the police and are assisting investigations.

The police officer revealed that they initially received the call that a Toyota Landcruiser with registration number GC 7212-16 has been involved in an accident on Sunday evening around 4:30 pm around Ebuom, a community on the Nkronza-Ejura road.

But when they rushed to the scene, investigations revealed the person has been murdered. The Police later confirmed the murdered is the Asamponhene of Otumfour, Nana Kwadwo Afodour. His remains have since been deposited at the Komfo Anokye Teaching Hospital (KATH)