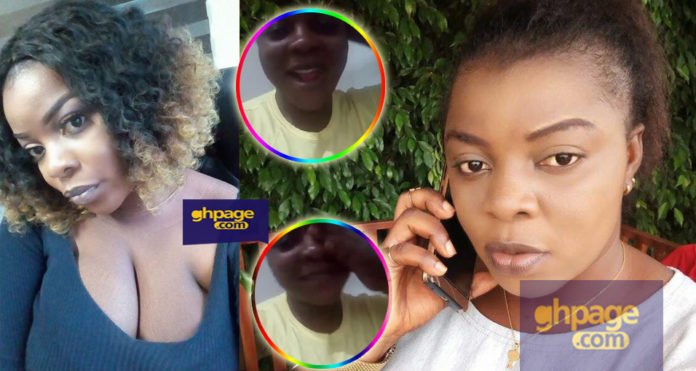 Popular Kumawood actress, Kani Gloria has advised ladies to try having s*x with cripples for maximum satisfaction if they have not yet tried it before. The actress claims they give the best of pleasure any other man can ever give a woman.

Kani Gloria is one of the outspoken actresses in Kumawood. This is not the first time she is making a controversial statement. In January 2018, Gloria in an interview stated that she will date a rich married man if the opportunity avails itself.

In the same interview, the famous actress who actively campaigned for former President John Dramani Mahama during the 2016 General elections stated that she would rather die than seek the help of NPP if that is the only way she will survive.

Well, she has yet again sparked another controversy this time in relation to s*xual affairs. The actress in a video obtained by Ghpage.com claims if you are a lady and you have not yet tried a cripple, then you are missing something huge.

SEE ALSO: A Kumawood Actress has vowed she will rather die than to Seek help from NPP [See Her Photos]

The actress called on ladies to try cripples and thank her later. This goes to say she may have slept with multiple cripples…Well, it’s her choice.

SEE ALSO: I will not be worried if another man sleeps with my woman – Ex Doe