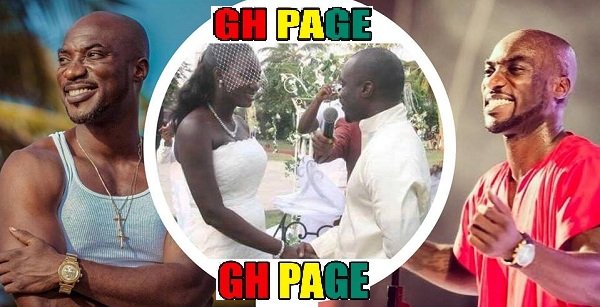 The plus 233 Jazz Bar & Grill was full of Drama last Thursday 30th November when the ex-wife of Highlife artist Kwabena Kwabena stormed the place with police officers when he [Kwabena Kwabena] was launching his 5th Album at the venue.

The ex-wife of Kwabena Kwabena, Abena Owusuaa Dwamena showed up at the album launch of the artist with some police officers to serve him with a court summons in relation to their divorce.

According to information gathered, Kwabena Kwabena has on several occasions refused to accept court summons because he claims he didn’t marry at court so he sees no reasons to have his divorce issues resolved there.

SEE ALSO: Everyday Shatta Wale Is Bad But When He Does Good Y’all Don’t See It – Shatta Michy

Abena Owusuaa Dwamena and the police officers thought it wise to show up at his album launch to serve him with the papers since he is refusing to avail himself.

According to the reports, when the ex-wife and the police officers showed up at the Plus 233 Jazz Bar & Grill, the management of the artist initially refused to allow them to see Kwabena Kwabena with the excuse that he is not present.

But the Police Officers threatened to mount the stage when he returns to perform and serve him with the court order. The permission was then given them to see the artist and present the summons to him.

According to the writ presented to Kwabena Kwabena, the ex-wife is requesting the court to force Kwabena Kwabena to take care of the two children he has with her, besides just paying their school fees.

Abena Owusuaa Dwamena, in the writ, is also complaining about how Kwabena Kwabena has consistently prevented the children and herself from entering the house she labored with the artist to build.

The news broke in January this year that Kwabena Kwabena has sacked his wife Abena Owusuaa Dwamena from their matrimonial home after 7 years of marriage.

Upon further inquiries, it was revealed that the manageress of Kwabena Kwabena, the popular Metro TV presenter Frema Ashkar’s pastor told the artist that his wife used charmed to win his heart and forced him to marry her.

SEE ALSO: 6 Popular Actresses who married other women’s husband exposed !!(With all the Details)-

The wife after being moved out now lives in Dansoman whiles Frema Ashkar has moved into their matrimonial home with Kwabena Kwabena.

Ghpage.com also gathers that the highlife artist has returned some customary drinks to the family of Abena Owusuaa Dwamena.

SEE THE WRIT BELOW 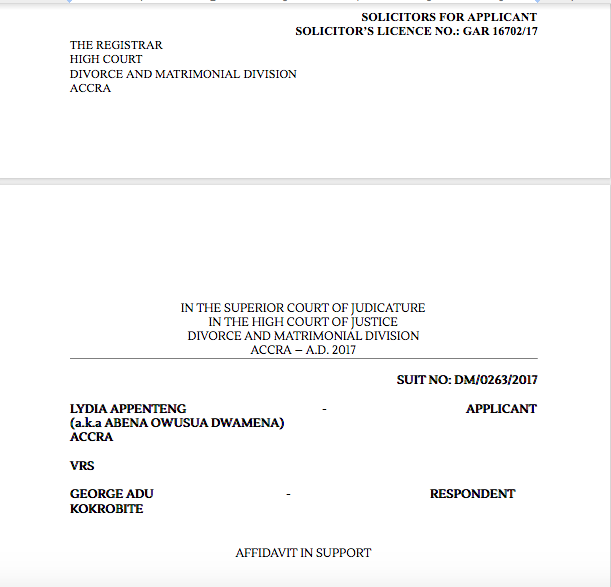 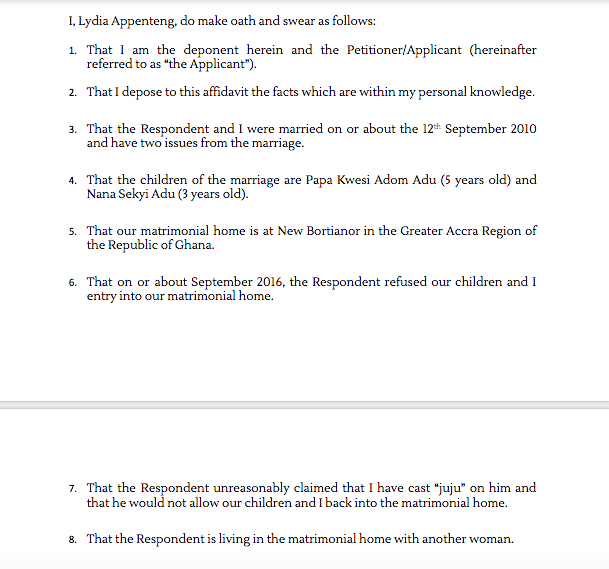 SEE ALSO: ‘If Wale slapped me, is it your ears?” – Shatta Wale’s Bodyguard finally speaks [Video]