Menzgold has a bad case;BoG and SEC must counterclaim-Kweku Baako 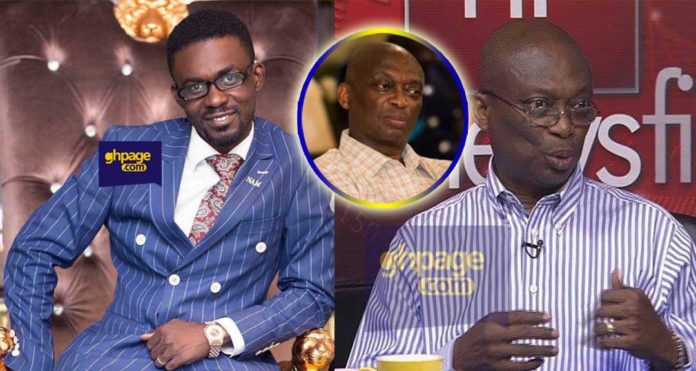 The Editor In Chief of the New Crusading Newspaper, Kweku Baako Jnr the renown Ghanaian journalist has finally waded into the Menzgold, Bank of Ghana and the Securities and Exchange Commission brouhaha.

According to Mr. Kweku Baako per the contract and all the issues that have popped up since Menzgold was asked to shut down, Bank of Ghana and SEC should counterclaim the suit filed against the financial regulators by Menzgold.

SEE ALSO: Abronye DC reveals secrets in Menzgold and why SEC went after them

Kweku Baako explained that he believes Menzgold has a bad case and he sees no reason why they have rushed to the courts seeking restrains against SEC and Bank of Ghana.

Kweku speaking on Newsfile urged Bank of Ghana and SEC to counterclaim the suit because he believes Menzgold has a very bad case and the authorities should act.

Watch and listen to Kweku Baako below

Menzgold was ordered to shut down for violating operational permit in a letter addressed to Menzgold on 7th September 2018 and signed by the Deputy Director of the Securities and Exchange Commission, Mr. Paul Ababio.

Menzgold initially resisted the order but gave up and suspended operations of the goal vault product services as instructed.

27th September, Menzgold in a press conference revealed that they have sued Bank of Ghana and SEC for unnecessary interference in its operations.