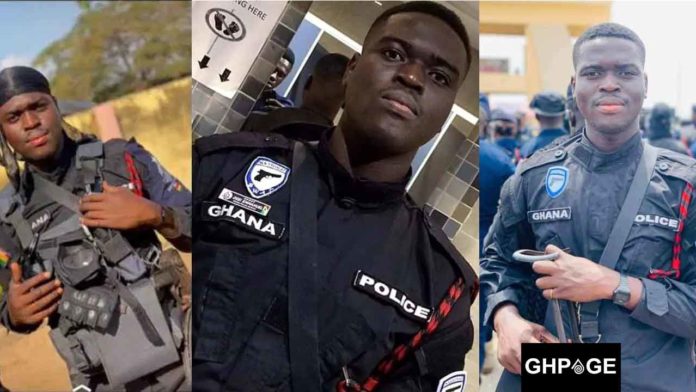 On Monday 14th June 2020, there was a tragic incident at James Town, Accra where a police official and a woman were gruesomely murdered during a bullion van robbery attack.

The police officer identified as Constable Emmanuel Osei was shot in the head and the driver of the van suffered serious injuries.

Constable Emmanuel Osei was guarding a Nissan van that belonged to a company known as Mon Tran when he was killed by robbers.

According to reports, the robbers also made away with the Constable’s AK47 rifle and an unspecified amount of money.

Well, the last Whatsapp message of the police officer has recently surfaced online just after his demise.

He left a cryptic message which reads; “EVERYONE DIES IN THE END”.

The Late Constable Emmanuel Osei was also a member of the National Swat Unit until he met his untimely death.