Looking delightful video of Aisha pops up after 3some video 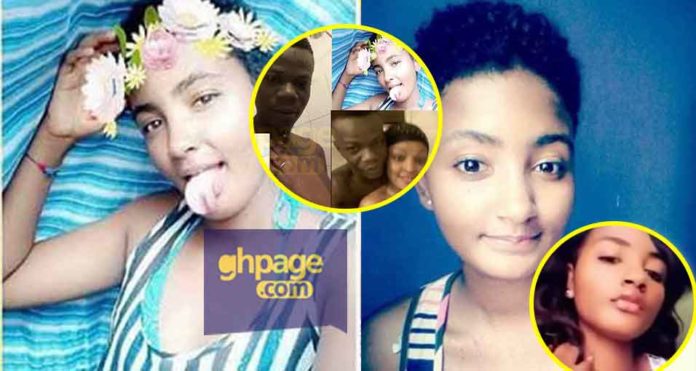 The name Aisha, a month ago, became a hot topic in Ghana after a 3some adult video involving herself and some three guys went viral on social media.

Aisha reported to be a past student of St. Louis Senior High School in Kumasi in the Ashanti region and she incurred the wrath of old girls of the school who condemned the video.

Then, the video which lasted for a minute and some seconds showed the lady and the young men enjoying the act as they took turns to satisfy themselves.

Photos of the young Aisha and one of the guys started going viral on social media which many people reacting to it.

However, in a new video GHPAGE.com has gotten, it looks Aisha has moved on from the woes of her recent past—the past which has the potential of destroying many young people who could have found themselves in that situation.

The delightful young lady in the new self-recorded video had the camera on her and with some love, snap filters was blissfully moving to an equally beautiful soundtrack playing in the background.

This is not the first video Aisha has released after her popular leaked tape. Prior to this one, she had released another one inviting people to church.

She was everyone to come worship with her at a church at Adenta.

Aisha looked more than happy and ‘Godly’ as she invited her loved ones and everyone to make it a point to be there for the church service.