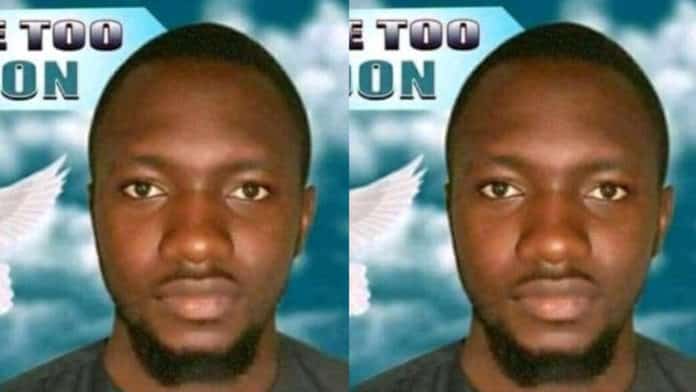 The unbearable pain of losing a whopping sum of money running into millions to scammers has compelled a young Nigerian man to commit suicide.

Daniel Ayuba Mark, according to reports, took his own life after scammers infiltrated his sports betting account and ripped him off.

The deceased who advocates for public and mental health on Twitter ironically suffered a mental breakdown before he committed suicide.

He had revealed that scammers tapped into his sports betting account and withdrew N1.5 million (GHC24,500) through a debit card that he didn’t know he had linked to the account.

When the issue wasn’t resolved with the sports betting company, Daniel returned to Twitter to reveal that he left home with the intention of ending the “miserable life” he “lived through mismanaged funds on betting platforms”.

He then asked other tweeps to help him recoup the money by contributing their quota to amount to the money he lost but apparently, that was not forthcoming.

On Feb. 25, he posted: “I have killed myself… please forgive me world… forgive me.”

Many thought he was seeking attention. However, his obituary has now been released.