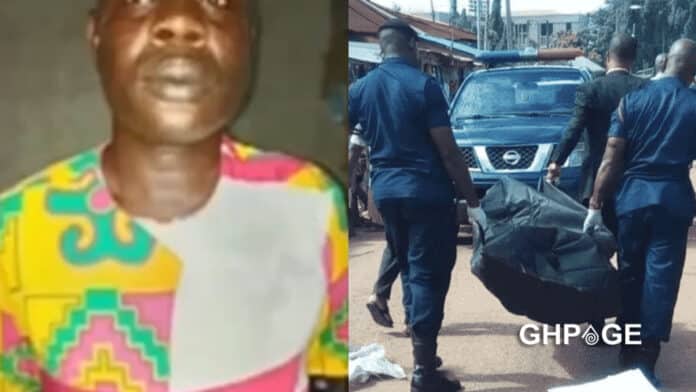 A 57-year-old man has been arrested for allegedly killing his wife for denying to have sexual intercourse with him without protection at Awutu Mankomeda in the Central Region.

The suspect identified as Gideon Tetteh attacked his wife, Sabina Bonney after she denied him unprotected sex due to financial constrain.

According to reports, the couple had issues in their marriage because the wife did not consent to him selling a piece of land they owned.

On the night of the unfortunate incident, the suspect made sexual advances toward his wife who resisted on the condition that he uses a condom to avoid pregnancy.

Gideon then forced the deceased to go naked and later committed such a hideous crime with a rope.

Neighbours who heard about the incident reported the matter to the Ofankor police and was later apprehended.

According to reports from the scene, the deceased sustained multiple wounds on the forehead and was found lying naked in a pool of blood whiles being tied with a rope.

The couple reportedly has five children.