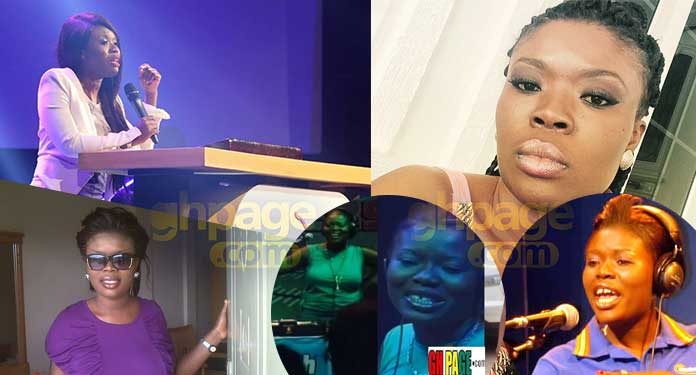 Speaking at the 4th edition of iYES at the National Theatre in Accra, the host and producer of the popular Tv show, The Delay Show said her journey in the media has not been rosy.

According to her, she was thrown out of her aunt’s house by his husband when she was just 21-years-old in Tema, a suburb of Accra because they had a misunderstanding.

Recounting her ordeal, she narrated that she had nowhere to go to lay her head, therefore, making a settlement at a mechanic shop as her new home in Tema.

”Around 2003 I was staying with my aunty at Tema and I had a little argument with her and her husband thought I was a bit difficult to control so they threw my sister and me out of the house at the age of 21. I had nowhere to go. I ended up staying with some friends at a mechanic shop in Tema Community 2,” she said.

She added that few weeks after she was sacked from her auntie’s house, her mother was admitted to the hospital and eventually passed away so she had to move back from Nkawkaw to Tema with her two siblings to stay at the mechanic shop since that was her home in Tema and being the first child of her mom, it was her duty to take care of her siblings.

She explained that life at the mechanic shop wasn’t easy for them because they had to sometimes beg people for food in order to survive.

In her speech, she also talked about the trials, rejection and fortunes of her quest to be a broadcaster and that during her struggles in getting to the top in the media some people labelled her as an ugly and bush girl in the media industry.

read this: Reason why some of Becca’s colleagues at Zylofon did not attend her wedding revealed

She recounted how she worked at Adom FM year at midnight for a year without a salary because she was not an employee – she was just being tried.

According to her, these challenges did not break her – she believes they prepared her for the successes she is enjoying now.

read more: Desist from your devilish act else you will disappear like Castro – Prophetess warns Sarkodie