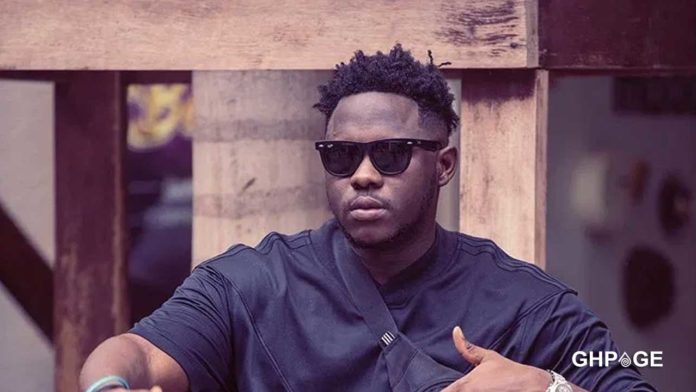 Rappers Medikal and Joey B have taken the boss and CEO of 3 Music Awards known as Sadiq Abdulai Abu to the cleaners by demanding for his money after the CEO shared his view on who’s the best rapper.

Sadiq Abdulai Abu sharing his thought on the issue made it known that the stage that Sarkodie has gotten to he doesn’t need to be in the same category with some of the nominees.

This comment from Sadiq got people attacking and bashing him on social media, but Medikal upon hearing the issue jumped unto twitter and asked social media users to drop that topic because Sadiq even owes him and has not made any intentions of coming to pay.

Joey B also jumped unto the bandwagon and also revealed that Sadiq owes him as well and has got plans on how to retrieve his money from him because Accra is small. 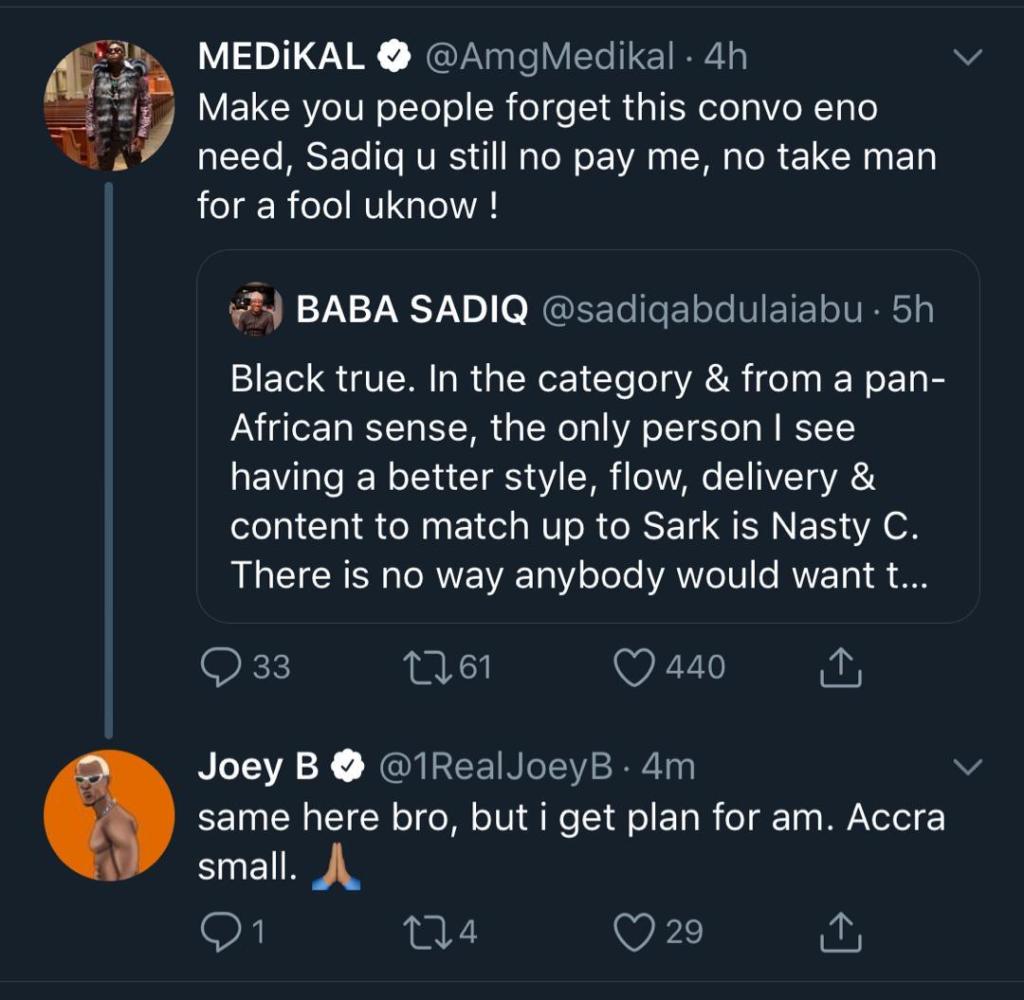