Most street kids are smarter than my children -Kennedy Agyapong 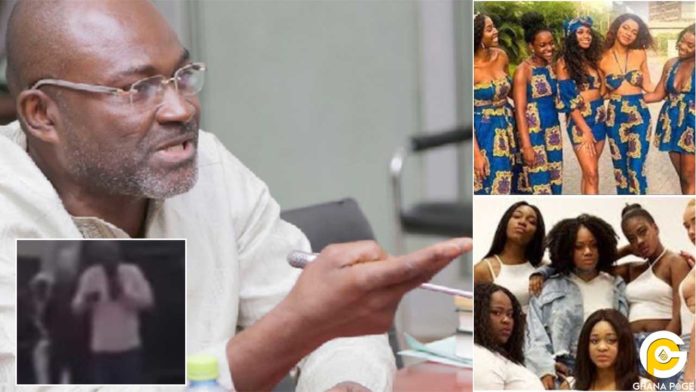 The member of Parliament for Assin Central, Kennedy Ohene Agyapong is back again with his controversial comment but this time around, it is about his children.

According to the controversial politician, most street children are smarter than his children due to the fact that they have to work up very early in the morning to sell their wares before going to school compared to the luxury life his children are living.

ALSO READ: Meet all the 7 beautiful daughters of Kennedy Agyapong

He also stated that he is sure if he provides financial assistance to a street child and he eventually passes away, the street child will be able to manage his finances and business efficiently than his own children.

“I am sharing my life experience with you to encourage you that no matter where you were born and the family you were born into, with hard work and seriousness you can change your destiny.

I always tell my wife that, these street children who have to sell their wares early in the morning before they go to school are smarter than my children”, Kennedy Agyapong added.

Kennedy Agyapong is known to have a very large family as he once disclosed that he has 13 children with different women.

He is married to Stella Wilson Agyapong and it has been confirmed that he has two children with the Member of Parliament for Dome Kwabenya, Sarah Adwoa Safo.

He also has one child with the late Stacy Offei but the member of parliament likes to keep his family life out of the public eye.