My family are seriously praying against Eagle Prophet’s prophecy 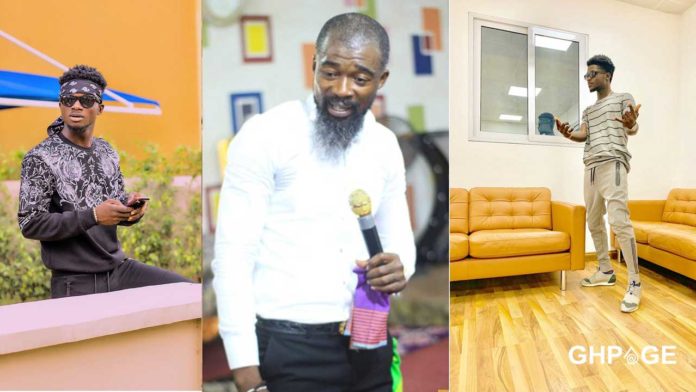 Some days ago, the leader of God’s crown chapel Reindolf Oduro Gyebi, popularly known as Eagle Prophet, prophesied that Lynx Entertainment signee Kuami Eugene on the verge of losing his life.

According to the preacher who is noted for his doom prophecies, Kuami Eugene will also die in a gory accident just like late Rufftown records signee Ebony Reigns.

Days have passed since the prophecy and finally, Kuami Eugene has spoken about the doom prophecy on his life.

Speaking in an interview on Hitz FM with Noella Kharyne Yalley earlier today, the ‘Wish me well’ singer advised that Eagle Prophet should be sensitive when putting out things like this because they are sensitive matters.

“At the end of the day, if not for anything, I’m a young boy and the kinds of words that come out of people’s mouth can be dangerous,” he stated.

He continued that he is from a family that takes prayers very seriously and therefore he is not afraid. He however advised such serious and delicate matters should be treated with caution.

“I don’t know what’s behind this whole thing, that is why reasonably, I think people should just calm down on how they put information out there. I’m from a family which is Godly and they are praying for me.” Kuami Eugene bemoaned.

Eugene concluded that a lot of people, especially his family members have been calling him since the news broke to pray with him and also encourage him.