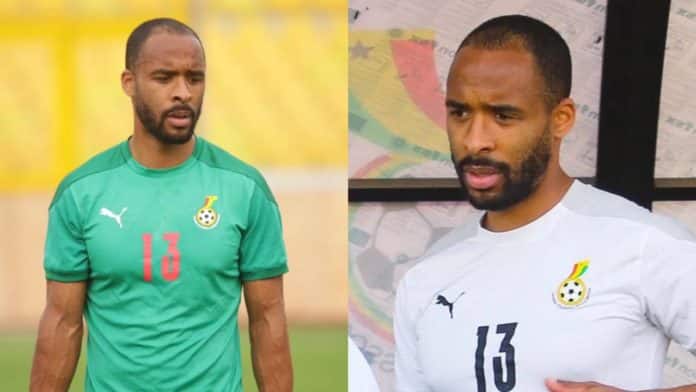 Black Stars defender Denis Odoi has recounted his painful upbringing, where his father was strongly opposed to his decision to become a footballer.

According to the 34-year-old, he is currently not on talking terms with his Ghanaian father because he always was against his decision to be a professional footballer.

In an interview with the Sun, Denis Odoi painfully narrated his father’s selfish attitude where he only asked him to return the money he had invested in him after he had become a professional footballer at Anderlecht.

“My father and I, we don’t talk anymore. I blame him for certain things, like when I became a professional footballer and made good money at Anderlecht and was annoyed with him because all he asked was, ‘Can I have money?’”

The Club Brugge defender added that when he was only 12 when his father left his mother after he had gone to play at Anderlecht.

He returned home and came to find an empty house, that his father had packed out. Denis Odoi said the early childhood trauma affected his affection for his father which is why he is not on talking terms with him.

Although he decided to play for his father’s home country Ghana at a relatively old age, Denis Odoi stated that his father had always disagreed with his decision to become a footballer and never gave him the required support.

Denis Frimpong Odoi is a professional footballer who plays for Belgian First Division A side Club Brugge. He is nicknamed the professor because of his maturity and discipline on the field of play. He is a right-footed full-back who can operate on either side. He mainly played at left-back for his former club Lokeren. [Wikipedia].