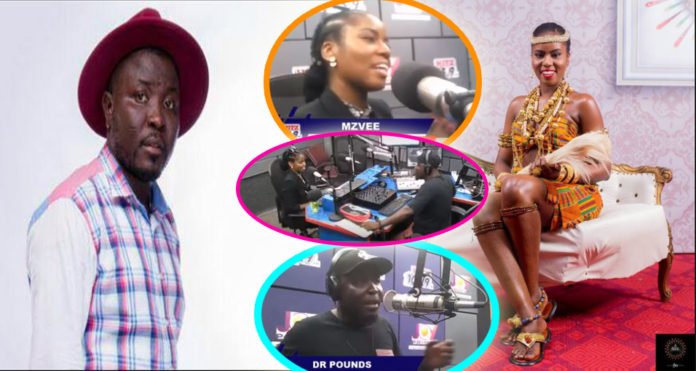 Multiple award-winning dancehall artist, Mzvee has diffusely ‘rejected’ Hitz 103.9 FM’s popular presenter Dr. Pounds proposal, says she won’t accept a proposal from someone who does something in the showbiz.

The popular female musician was being asked about her ‘Come to See My Mother’ track.

She said it was a problem most ladies, including herself, go through regularly. Citing an example that a guy can date a lady for 10 years without any intention of marrying her.

When asked by the presenter if she has received proposals from guys, she answered ‘yes’.

She added that no industry (music) person has proposed to her yet, and also she herself won’t accept such a proposal because she wants to marry someone who does something different from what she does. 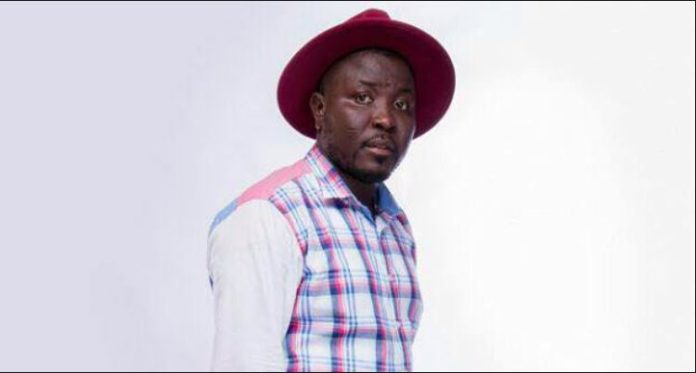 Read Also: Wendy Shay ignored me when I reached out to her – eShun

The famous presenter again asked that what if he (Dr. Pounds) stops doing showbiz and propose to him, will she accept it, to which she answered saying “…, oh Pounds, for you Charlie how? That mixture no go work sef, you be my big bro”

MzVee has earlier on declared that the kind of man she would like to marry is supposed to be rich and handsome.

But the question is, will MzVee continue to ‘reject’ everybody? First, it was Kwami Eugene and now it is Dr. Pounds? Hmmmmm, let’s wait and see who wins her heart.