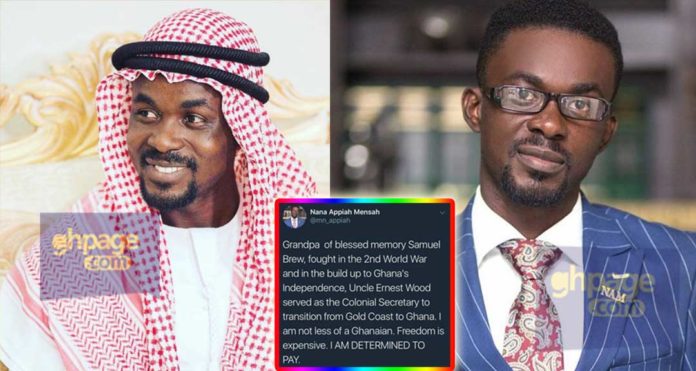 As at today 12 September 2018, Menzgold has been ordered to shut down its operations of selling gold to individuals in Ghana and the CEO of Menzgold, Nana Appiah Mensah has angrily reacted to the directive.

According to Nana Appiah Mensah in an angry post on Twitter, he is not less of a Ghanaian and if it becomes necessary, he will pay for his freedom.

Nana Appiah Mensah who sounded angry mentioned the names of his forebears who have contributed to the growth of Ghana to buttress his point of being a full-blooded Ghanaian who deserves to be treated fairly.

“Grandpa of blessed memory Samuel Brew, fought in the 2nd World War and in the build-up to Ghana’s Independence, Uncle Ernest Wood served as the Colonial Secretary to transition from Gold Coast to Ghana. I am not less of a Ghanaian. Freedom is expensive. I AM DETERMINED TO PAY.” 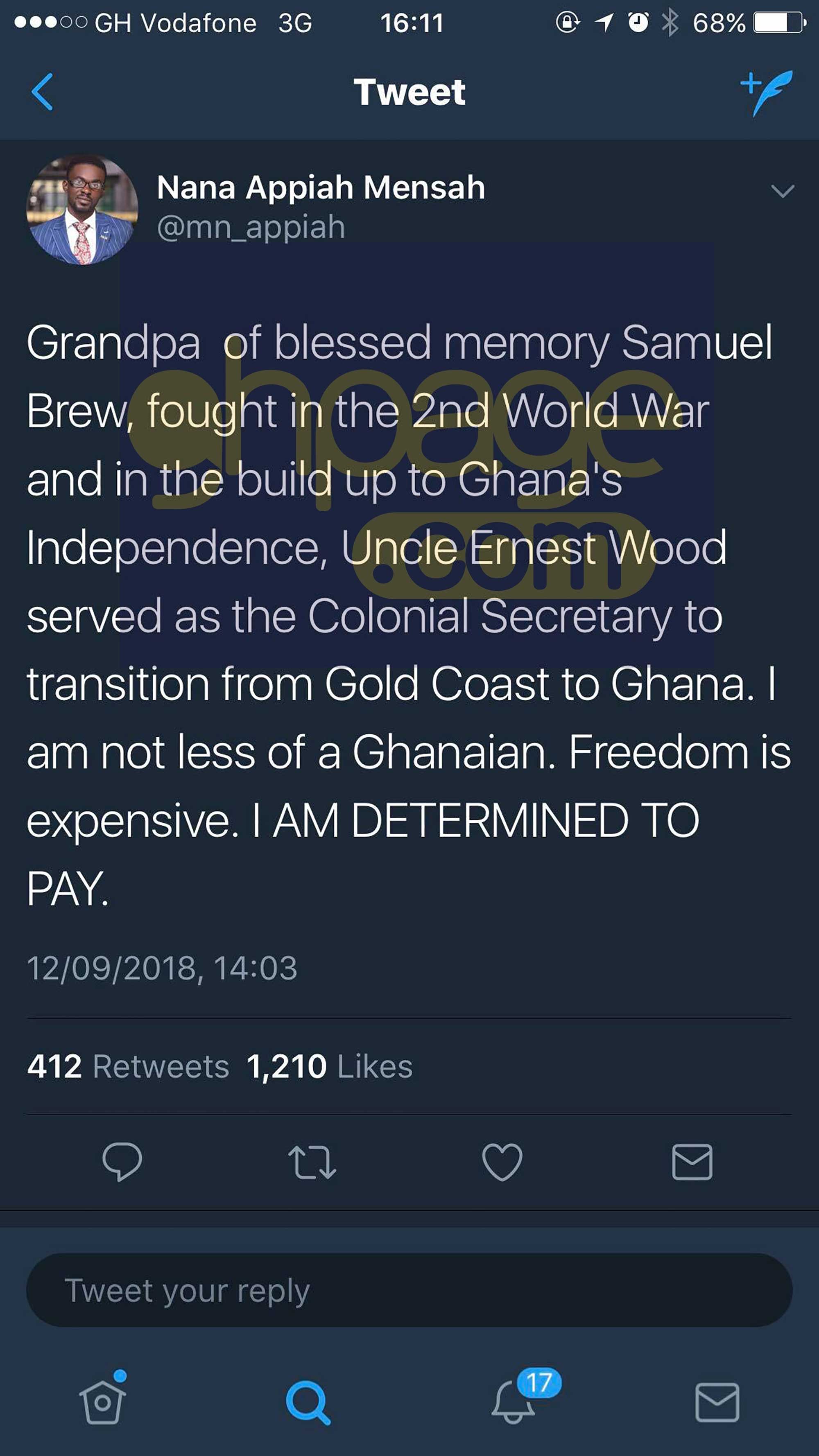 A letter from the Securities and Exchange Commission ordering Menzgold to shut down selling of gold to individuals in Ghana leaked today 12th September 2018. According to the notice, Menzgold has violated its operational permits.

The management of Menzgold has responded with a press statement blaming SEC for releasing the notice into the media. They expressed disappoints with the action of SEC

The management of Menzgold further assured their customers they are still in operation and their deposits are safe. They added they are doing all things possible to resolve their outstanding issues with SEC and Bank of Ghana.

SEE HERE: Management breaks silence on the close down of Menzgold – Here is their message to Ghanaians

Excellence In Broadcasting Network (EIB) has over the past years lost some of its core members and big brains due to this...
Read more
News

The General manager of Despite Group of companies Kennedy Osei Asante and his newly wedded wife we are sure might continue trending...
Read more
News

A Ghanaian lady has shared a sad story of how a man of God made her autistic child to rubbish as she...
Read more