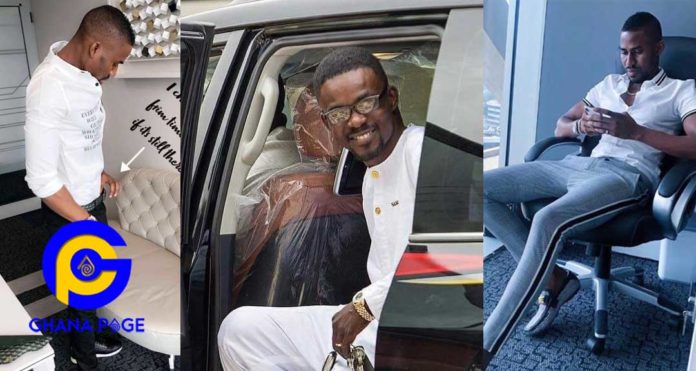 It appears Ibrahim Dauda aka Ibrah One, the former best friend of the embattled millionaire, Nana Appiah Mensah is determined to pour sand into the gari of NAM1 no matter what he does. Ibrah One has just described all the reports about NAM1’s release from Dubai Jail as fake.

According to Ibrah One in a series of posts shared on his social media pages, NAM1 is not coming to Ghana anytime soon, every report of his release from jail is false because he was never in jail, and NAM1 is broke.

The man who has been described by many people as Sakawa Kingpin revealed that NAM1 is actually supposed to pay Horizon Royal, the Dubai company he has a problem with amount of 23 million dollars for remaining gold he did not supply to them.

He claims it is never true that Horizon Royal has been ordered to pay NAM1 39 million dollars as wildly reported.

SEE ALSO: $50k as thank you, $30k as visiting fee, and many more NAM1 allegedly spent on Sarkodie

News went viral last week that Nana Appiah Mensah who was allegedly being held in jail in Dubai since 4th December 2018 has been found not guilty and has been set free for fraud charges filed against him.

SEE ALSO: “NAM1 is a genius for defrauding top government officials” -Ibrah One

According to the reports, the company, Horizon Royal has been ordered to pay NAM1 39 million dollars it owes NAM1 for gold supply.

Dancehall artiste Shatta Wale who seems to be in an unending war with the music industry and the so-called industry person has...
Read more