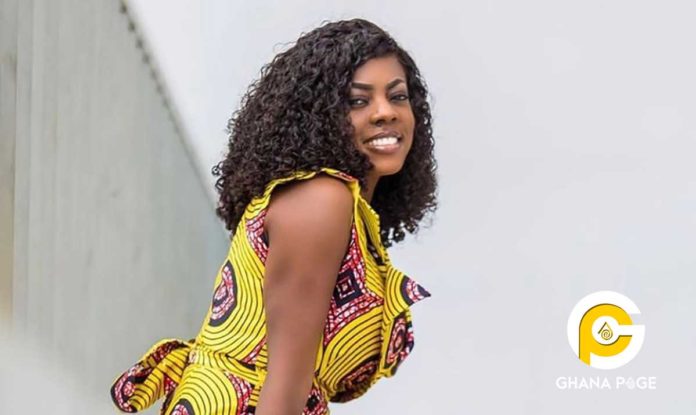 Renowned television broadcaster Nana Aba Anamoah has jumped to the defense of ladies in the media space who have multiple partners.

According to her, she sees nothing wrong with the ladies in media dating or having multiple sexual partners because, at the end of the day, it all lies on the lady in question to decide.

Her comments come after it has been reported that a female broadcaster has been impregnated by 4 men and that lady’s name starts with the letter “N”.

She further went on to say that had it been that is was a male that had impregnated four ladies, social media users would be praising the said male but since its the opposite sex, they are quick to condemn.

“You realised that when a man is said to have multiple sexual partners; let’s say he impregnated four women, he would be praised and not condemned, so why do they hit on the woman?” Nana Aba queried.

Since the news broke, it was also alleged that one of the men who had impregnated the media personality was a politician and a high ranking member of the ruling party the NPP.

But Nana Aba also in her submission made it clear that it’s not a crime for ladies in the media space to also date politicians.

Ghanaians are waiting patiently to know which lady got impregnated by four men since Nana Aba Anamoah whose name starts with N has denied been the said lady.

TV3’s Natalie Fort name was also mentioned as the person but she also has come out to state that her one year leave without pay is just for her to prepare for her upcoming wedding and as well as further her education.