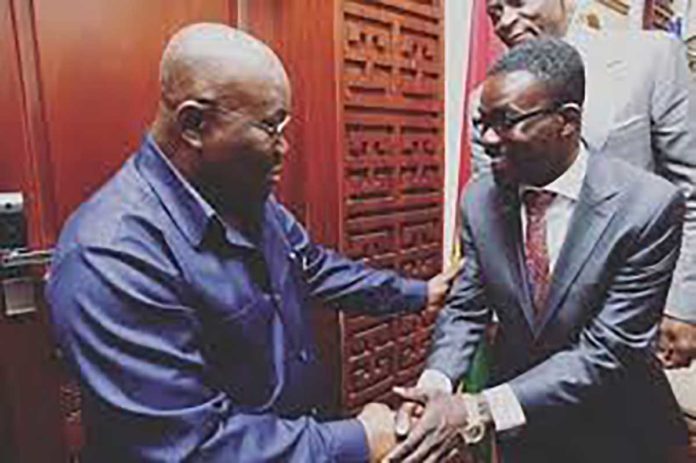 Embattled CEO of Menzgold and Zylofon media Nana Appiah Mensah who is currently languishing in Dubai cells upon the request of the Akuffo Addo led administration has revealed that the government says he is annoying.

According to him, it appears some people in government want their pound of flesh that may be why he is still in prison cell even though he has been victorious over a legal case far away in the United Arab Emirates.

Also Read: Nana Appiah Mensah speaks for the first time after being released from jail

He also in the leaked chat made mention that his lawyers would address the government this week to see if they could find an amicable solution to the problem at hand.

“the lawyers would address the government this week with the hope of them doing the needful for me and my customers”, he said.

When A Plus asked him why the whole issue is taking longer to get resolved he laughed over it and said “hahaha! Maybe a pound of my flesh ooo. They say I am very annoying”

See screenshot of the leaked chat below: 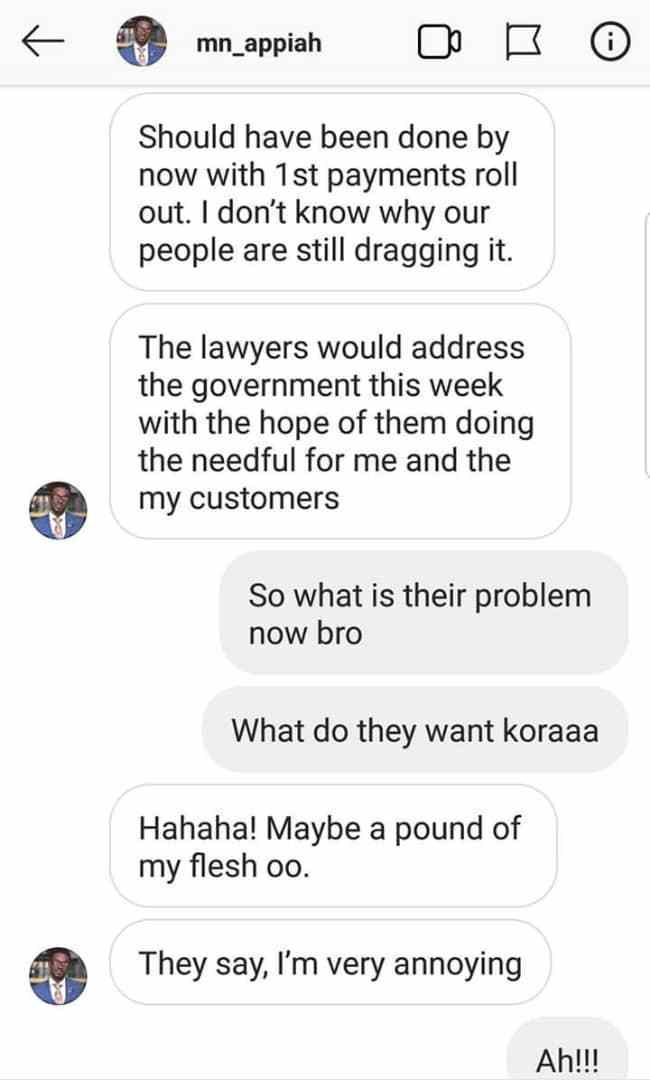 His comment comes barely a week after he disclosed that he was willing to come down to Ghana immediately to settle people including widows who had invested their monies with Menzgold but the government is preventing that from happening.

He said: “Some poor people, some widows even invested the donations they received at their husband’s funerals. Why will I run away with all this money? I’m waiting for government to give the green light for me to come to Ghana and arrange payment”