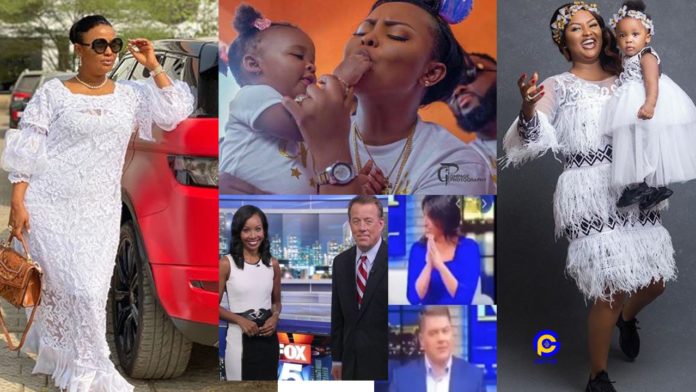 Ghanaian adored actress Nana Ama Mcbrown has seemingly replied Fox News after they rebuked her for kissing her daughter.

The Fox News channel described her actions as disgusting and a hard to watch.

Now, Nana Ama Mcbrown in a simple Instagram post has stated “Life – live it to please yourself ?”

Most fans of Nana Ama Mcbrown has reacted to the post.

@everythinghome_gh, for instance, said “Oooh yes…… You couldn’t have said it any better…….. Gorgeous as always?”

And @number01ranked added “At the end of life we give account to our maker not people. Cheers mummy ??????”

Whiles @cobby_ghh praised her for being the “Mother of the year??????” regardless of whats going on.

Also,@odo_sweetio encouraged her to “Do you Mummy ???”

Nana Ama’s response seems to be the perfect reaction to what has become the most talked-about video these past days.

Some Ghanaians believed tho they understand Mcbrown’s love for her daughter she obviously went too far.

After the video went very viral in Ghana, Nana Ama McBrown and her daughter Baby Maxin got featured on the American television network, Fox.

At the plush birthday party for the little girl, McBrown after the cutting of the birthday cake, Baby Maxin put her hand in the cake.

In a video, McBrown was captured licking her daughter’s hand and pushing her own tongue into the baby’s mouth.

The video stirred a serious debate on social media with some people describing the actress’ behaviour as gross and uncalled for.

Days after the video went viral in Ghana, it got featured on a discussion about showing affection to kids on American TV network Fox’s Fox 5.

During the discussion, two ladies who were panellists on the show disagreed with McBrown’s way of showing affection towards Baby Maxin.

For them, it was extreme and even disgusting for Mcbrown to have done that.

The videos of the beautiful building came from the birthday celebration of McBrown’s daughter, Baby Maxin, on Friday, February 21, 2020.