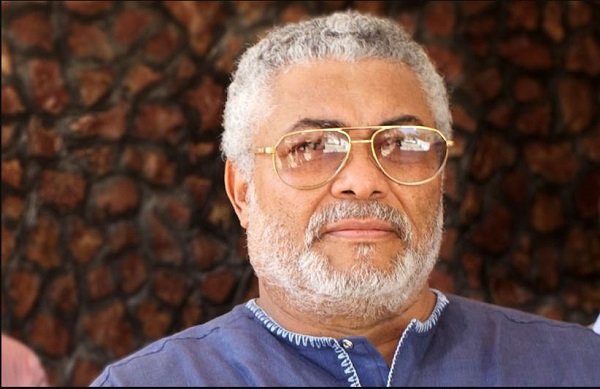 Former president of the Republic of Ghana and member of the National Democratic Congress, Jerry John Rawlings has recently declared that the focus of the NDC genuinely shouldn’t be on the 2020 general elections but the 2024 general elections as there is a more realistic probability of winning that it than 2020’s general election.

”For a Cadres meeting to be taking place, if we cannot do a serious indent examination of our strength and weakness then it is not a real Cadres meeting. It’s nice to hear your determination towards 2020 victory, and yes there are some among us in the leadership who initially didn’t think after four years you can wrestle power from these people.”

“And yet, if I may speak frankly, have gone ahead and almost purchased the power of this party into the pocket and claiming to be aiming into 2020 when I know and some of you should know that their aim is not really towards 2020,”

“Because it is not easy to wrestle power from this person in their so-called mid-term strike but that natural drift could, may and will come possibly after 8 years. Meanwhile, you have secured 2020 out of the way for yourself, so you will be there knowing down well that you are just using it as a transit when you know 2024 is your target”

If what John Rawlings has said is anything to go by, John Dramani Mahama has no chance come 2020 general elections