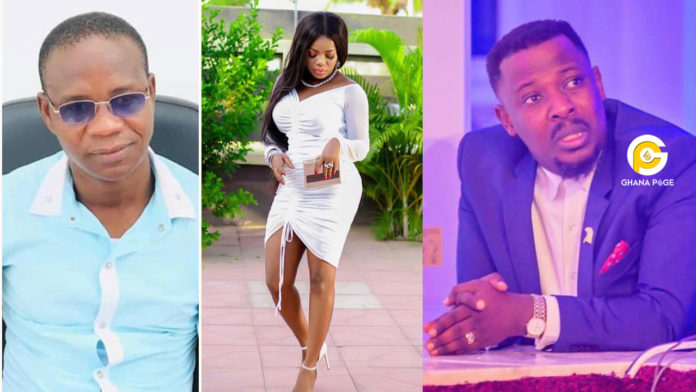 Although Nigel Gaisie is a member of her own party and prophesied in their favor, Mzbel claims it’s absolutely wrong for a man of God to steal a prophecy from someone.

My people (NDC & JM) let’s focus on Hardwork and Truth and Ignore all these so-called Men of God!! 70% of Nigel’s Gaisie Prophecy is from Mallam Sham-Una’s private conversation with a few top people that Nigel knows… and even though the Mallam wanted to wait for a couple of research before putting figures out Nigel revealed the 52.1 % that the man didn’t want to put out yet!!! More filla coming up soon including personal heartbreaking and shocking experience with Nigel Gaise

LOWER VOTER TURN OUT TO HIT 2020 GENERAL ELECTION,
The Islamic cleric, numerologist, philosopher and acclaimed spiritual hacker has trooped into the spiritual data of the electoral commission and find out that there will be a lower voter turnout in the coming general elections.

Through my spiritual research and calculations, I went into the spiritual realm and open the data of the electoral commission data (the register) of 2020 general elections and saw that throughout the country, the voter turnout will not be as usual. I saw the exact number of voters been registered in the spirit even though the physical data of the electoral commission is not yet been compiled.

And I might update Ghanaian’s the figures in the near future, but due to one or two spiritual reason, I will not give the figures now for political parties to score their political points and also giving out this data will cause a serious political malpractices as a concern citizen of Ghana, am praying and hoping for a transparent and peaceful elections in the country.

This is the reason why I will not give the figures, again my fellow spiritualist after giving this figures will get the picture or the clue of where the elections is going. It is this figures that will help me to come out with the accurate result of the 2020 election.

One will be surprise to see or to hear of the data of the electoral commission in the hands of an individual ahead of its physical manifestation this is not new and news to Muslim with the support of the holy Qur’an chapter 85 verse 19-22 “in fact, those who disbelieve are in denial. And Allah encloses them from beyond. In fact, it is a glorious Qur’an. In a preserved tablet.”

Below are some of the areas where the voter turnout will be serious:

The rest of the regions are also affected but not as serious as the above. The details is in the Hands of Allah.

Share
Facebook
Twitter
WhatsApp
Previous articleNPP will frame me up with a woman now that I have declared NDC will win 2020 election with 52.1% – Nigel Gaisie
Next articleFirst video from the ongoing wedding ceremony of Snapchat prostitute, Queen Farcadi

Shocking information reaching our news desk has it that a Nigerian pastor has refused to be the main celebrant of a funeral...
Read more