The Nigerian Professor who was caught on video inciting Nigerians against Ghanaians has been sacked by the University of Education Winneba as their visiting lecturer.

In a statement released by the University, Professor Austin Nwagbara was dismissed with immediate effect after finding him culpable of gross misconduct.

“The University totally disassociates itself from the grossly irresponsible comments and condemns it in no uncertain terms.

The University is highly disturbed by the huge embarrassment his unguarded statement has brought to the institution, the Ministry of Education, and indeed, Ghana as a whole.

The University after subjecting Prof Augustine Uzoma Nwagbara to internal disciplinary process finds him culpable of gross misconduct and has, accordingly dismissed him”, part of the statement read. 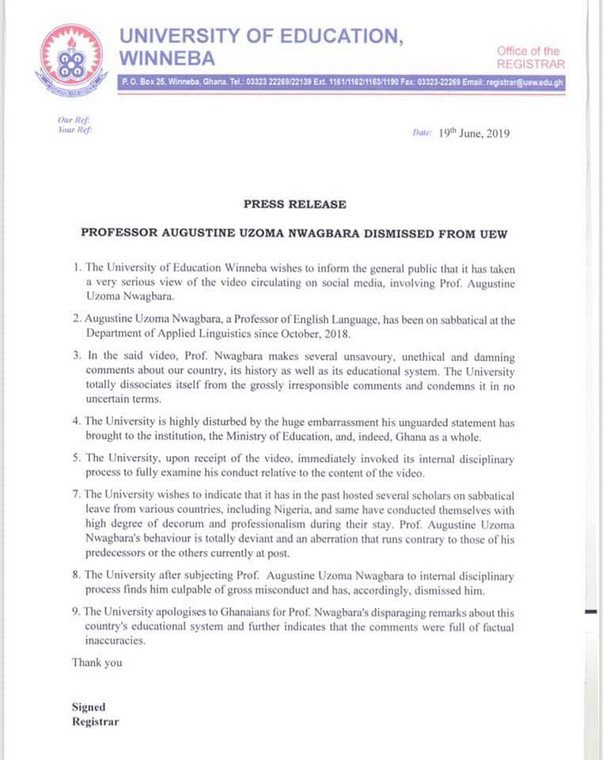 The University of Education also apologised to Ghanaians for the professor’s disparaging remarks and indicated that the comments were full of factual inaccuracies.

However, the professor was arrested on Tuesday 18th June 2019 over his hateful comment and was charged with incitement to breach of peace but was later granted bail.