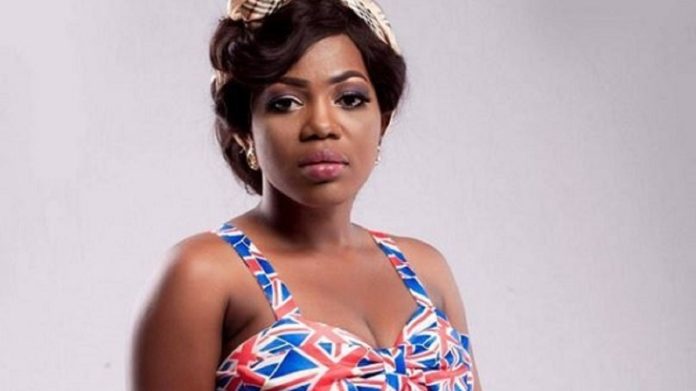 Controversial Ghanaian musician Belinda Nana Ekua Amoah aka Mzbel appears to be stirring up controversies with her recent declarations. In a recent interview, she revealed that when Maxwell Mensah married Nana Ama McBrown, she wasn’t a virgin.

In a previous interview the musician revealed that in her relationship with Maxwell Mensah; currently the husband of  Ghanaian star actress, Nana Ama McBrown he proposed marriage to her but she declined the proposal.

Her revelation has triggered a severe backlash as several netizens have attacked her over her comments.

In the unpopular interview, Mzbel disclosed that she had a deep connection with Maxwell whilst they were dating. She added that the relationship almost led to marriage however, she didn’t want marriage whilst Maxwell wanted to get married soon so she had to end things with Maxwell.

In another recent interview Mzbel has responded to her critics. She declared that she has a right to talk about her past relationships adding that Nana Ama wasn’t even married as a virgin.

Those attacking me only read headlines without going through the full story. They are always prepared to insult so the moment they see headlines, they insult. I don’t understand,”

In her opinion, she hasn’t said anything  wrong in previous interviews stating that, Nana Ama McBrown wasn’t married as a virgin so, it will in no way affect her marriage if she reveals the details of her relationship with Maxwell.

“Maxwell didn’t marry Nana Ama McBrown as a virgin…And my [past] relationship with Maxwell was no secret – we were everywhere. So, I would be a hypocrite to swerve questions on our relationship. It won’t affect their marriage.”

She concluded by taking a jab at Nana Ama McBrown saying that if she were a matured woman, she wouldn’t be bothered by her comments about her previous relationship with Nana Ama’s current husband.