Obinim finally replies Obofour for calling him fake and childish 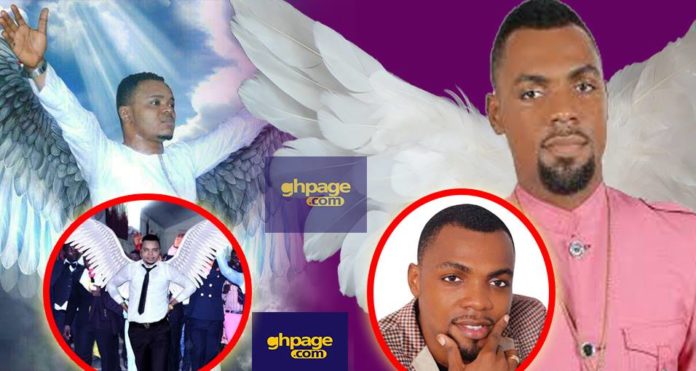 Leader and founder of God’s Way International Church, Bishop Daniel Obinim has finally replied to the insults from the leader of Anointed Palace Chapel, Rev. Obofour.

The two Men of God have recently been involved in numerous verbal disputes with each person throwing jabs at the other when seized the opportunity.

Well, in a previous story published by Ghpage.com, Rev. Obofour in a video rained insult on his fellow man of God Obinim, calling him fake and childish.

He revealed in the video that he is not an Angel and its just childish and foolish talk for someone(referring to Obinim) to say he is an Angel.

Obofuor further explained that he was anointed so he could call on Angels to help deliver the cries of people and he would humiliate himself if he says he is an Angel.

However, Angel Obinim in a recent live interview on OBTV has sent a clarifying reply to his colleague.

Obinim stated in the interview that calling yourself an Angel without the angelic work is just a title which everybody can choose so is normal if Obofuor refuses to address himself as Angel.

He added that Obofuor was on his list of Angelic pastors in the country but if he(Obofuor) has publicly declined the name, the is up to him.

On Obofuor’s ‘Oracle’ title Obinim revealed that he has less knowledge about the word and will treat it as such without dicing the words from his colleague.

He continued to cite examples to clarify the fact that one can choose to be called any name or title he/she likes without relating professionally to that title.