Photos of Rev. Obofour and family chilling in USA pops up online 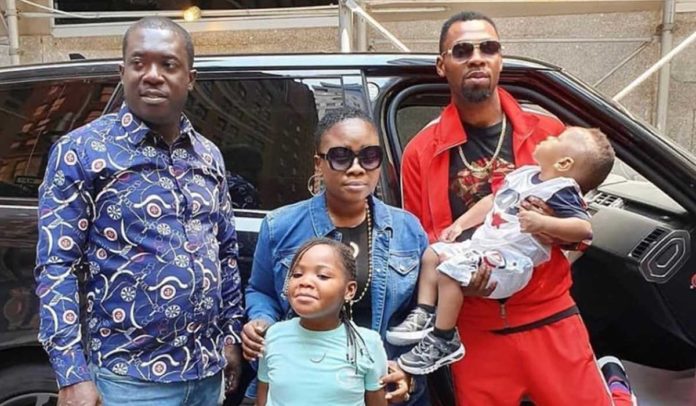 Founder and leader of Anointed Palace Chapel (APC) Rev. Obofour, also known as Prophet Asanteman Bofour, is known for his lavishly luxurious lifestyle, has been spotted with his wife, Queen Ciara and kids enjoying themselves in the US.

Ghpage.com had earlier reported that Rev. Obofour was in New York to ‘Survey New York’ which many have interpreted to mean that he intends to start a church branch in New York. According to him, it is was going to be a 5 day summer holiday.

The self-acclaimed Archangel of God is obviously a little drained, so he has decided to head to the US to relax a while whilst he recharges.

Rev Obofour is not one to shy away from Public display of affection. In the photos, he could be seen giving his wife Queen Ciara a peck on her cheek.

Check out when he, his friends and family hit the streets of New York. He was in red sweatpants and a matching jacket.