Police launch manhunt for robbers who killed 2 officers at Zuarungu 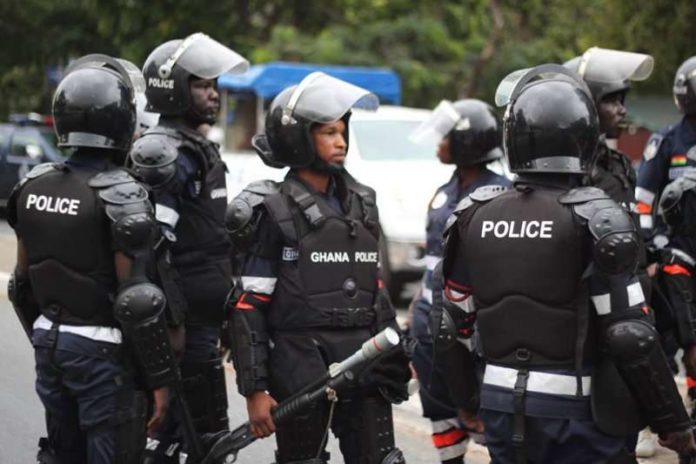 The Ghana Police Service has launched a special anti-robbery intelligence-based operation in Zuarungu in the Upper East Region to track down some three suspected armed robbers who shot and killed two police personnel on patrol duties.

The police administration made this known in a press statement issued on Thursday, December 16, 2021, and signed by its Director-General, Public Affairs, ACP Kwesi Ofori.

“The Police Administration has launched a special anti-robbery intelligence-led operation to track down and arrest three suspected robbers who shot and killed two police officers at Zuarungu,” on Wednesday, December 15, 2021.

The two officers – Constable Emmanuel Akowuah and Constable Mohhamed Sule – were both killed on Wednesday night, December 15, 2021, when they appeared at a robbery scene.

The Inspector-General of Police (IGP) Dr. George Akuffo Dampare has already placed a GH¢50,000 bounty on the head of the suspected robbers.

He made the announcement when he visited the area on Thursday to commiserate with the regional police command over the deaths of the two police officers.

The IGP, Dr. Dampare assured residents that the police will be merciless in apprehending the suspected armed robbers dead or alive.

He further called on the public to volunteer useful information that will lead to the arrest of the suspected robbers.

Read the full statement below