Most popular rich men are scared of Daddy Lumba – KOD 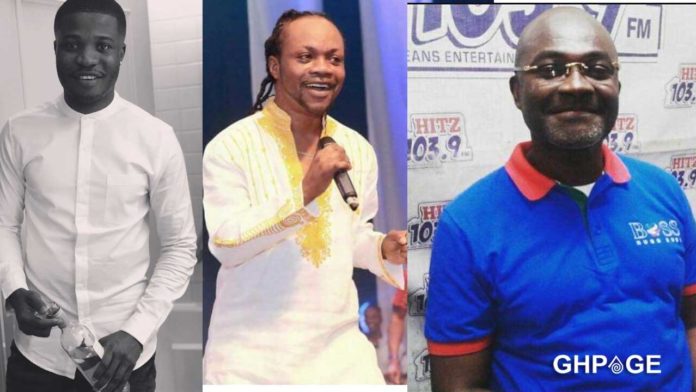 UK-based Ghanaian military man Stanley Kodia but popularly known on social media as KOD and unofficial spokesperson for Menzgold boss Nana Appiah Mensah aka Nam 1 has alleged that a legendary musician knows the source of wealth of some rich people in the country.

According to KOD, the legendary musician he is referring too is Charles Kwadwo Fosu aka Daddy Lumba adding that he could bring some rich people in the country if he starts to talk.

KOD who was captured in a video making such a statement made mention that during the reigning days of the musician, some of these big men attached cocaine to Daddy Lumba entourage when he is traveling outside the country and because he is a respected musician, he was never searched at the airports.

KOD was making a statement to support Kevin Taylor in his fight against Hon. Kennedy Agyapong who is a member of Parliament for Assin Central and also doubles as a businessman where he alleged that the is cocaine smelling around the businessman.

But in Hon. Kennedy Agyapong’s reaction, he called Kevin Taylors and rained some unprintable insults on his parents.

The unofficial spokesperson for NAM 1 KOD in his video also made similar allegations adding that he has a lot of “filla” against the MP and challenged him to try his nonsense act on him.