There’s pressure on me at SarkCess Music – Strongman 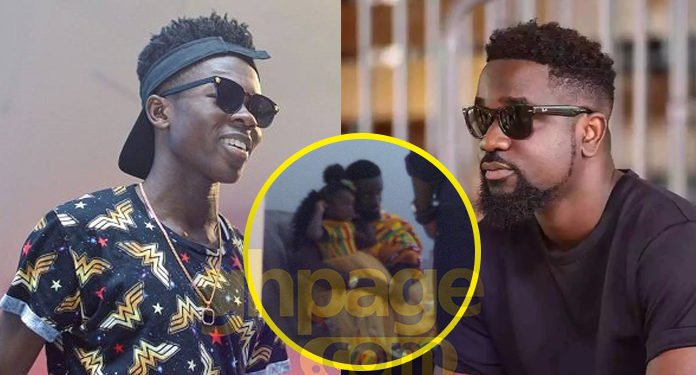 Vincent Kweku Osei famously known as Strongman who came into the limelight after winning the maiden edition of “Tha Next Big Thang In Gh Hip-hop” in 2012 is no doubt an exceptionally talented artiste.

After having his days with his Mic Burners crew which was based in Kumasi, Ghana’s fastest rapper decided to sign Strongman onto his SarkCess Music label on March 24, 2017.

The signing announcement made by Sarkodie made fans of Strongman happy that with Sarkodie’s influence in the game, Strongman will be regarded as one of the best in the industry.

However, barely two years since Strongman joined Sarkodie’s SarkCess Music, there have been several calls calling for the budding rapper to terminate his contact abruptly.

The fans noted that Strongman before joining the Sarkcess label was far better in the rap game as compared to now. And that’s why Sarkodie signed him because Sarkodie and his management were afraid that the young chap will overshadow him with time.

According to those with the above-mentioned perception, SarkCess Music is not having any significant impact on the musical journey of the chap rapper – no big shows, no endorsement, no hottest nation banger, etc.

Contrary to what has been said in the media, Strongman has revealed that SarkCess Music has helped him significantly although there’s some form of pressure on him – pressure to compose deep lyrical content songs all the time.

He added that joining SarkCess Music has given him the number, therefore, he can’t disappoint with shoddy songs.

Regardless he’s convinced beyond doubt that his career has seen more success under SarkCess Music although people think otherwise, he said in an interview with DJ Reuben, host of Kumasi-based Luv FM’s Drive Time.