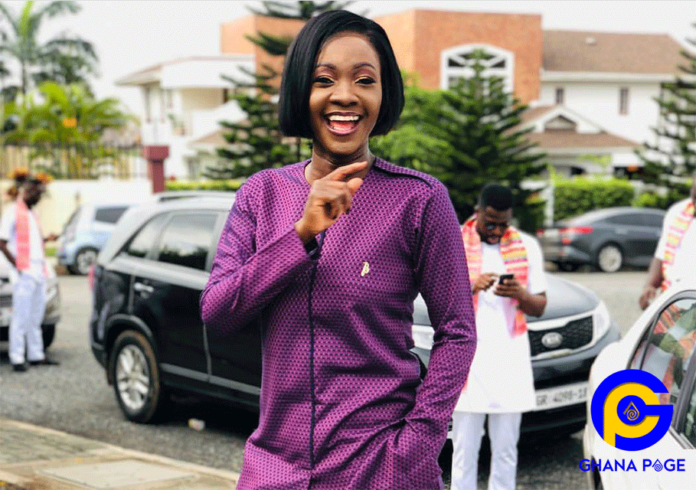 Caroline made this assertion at the launch of the Ghana Music And Acts Awards, Europe at the Golden Tulip Hotel on Friday, August 16, 2019.

According to the screen goddess, actors and actresses in the country have to try and promote the movies they are starred in instead of constantly sharing pictures of themselves on their various social media handles because they are already known by their fans.

Caroline, while speaking on the night about the category of best actor in the country for the upcoming awards stated that it was quite difficult for her to remember any movie to associate with any of the big-name actors now because their works are not known to her.

The YFM presenter further stressed that aside herself, many of the followers and fans of these actors and actress are usually unaware that their favorites actors have new movies out on the market because they fail to do a great job of promoting the works on their social media pages with a huge following.

She ended by admitting that this phenomenon is unfortunate and called on the actors and actress to make sure they change the narrative as soon as possible because it is their works which will make them very popular and not the pictures of themselves ‘slaying’, which they constantly splash on their pages.

Sampson’s career began as a contestant in the third edition of the TV reality show, Miss Malaika Ghana, in 2005. She placed among the final 16 contestants.

She began her media career in 2005 when she had the opportunity to host a game show, “U-Win Game”, that aired on GTV.