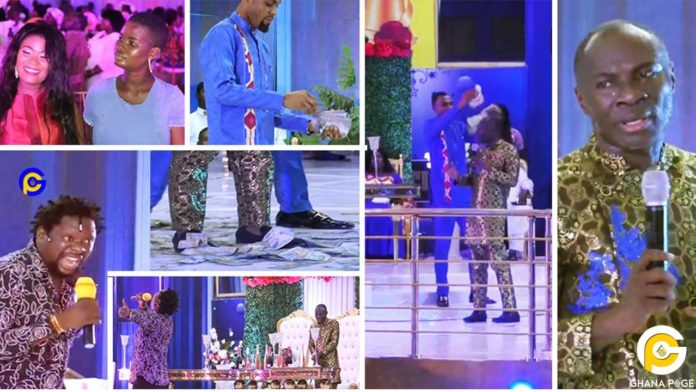 Prophet Emmanuel Kobi Badu who is the founder and leader of the Glorious Wave Church, yesterday, Friday 3rd May 2019, celebrated his birthday in Accra.

The party, which was dubbed “Birthday Festival”, was held at the Glorious Wave Church in Accra. 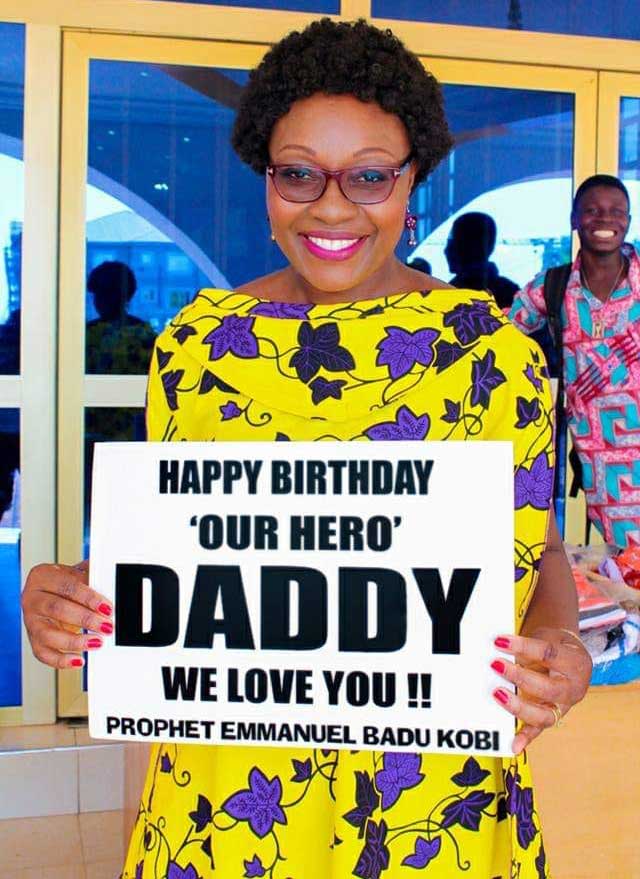 Prophet Badu’s colleague pastors, celebrities, friends, church members and other well-wishers showed up to celebrate with him.

Others GHPAGE.com sighted at the event were Kumawood actress Nayas, video vixen Pamela Odame Watara and media personalities like Abeiku Santana of Okay FM, Nana Yaa Brefo of Adom TV, among others.

Several politicians also attended to celebrate with the popular prophet.

The Julius Debrah, a former chief of staff to former president John Mahama and Hon Eric Opoku who was a former minister; Hon Ken Agyei who was also the former deputy minister of Energy.

Nigeria comedian Klink da drunk and other comedians were there to crack jokes to spice up the flamboyant event.

Also, Rev Obofour Antwi who Prophet Badu Kobi referred to him as his spiritual son was also there to spray some cash on his spiritual father.

He has also for years undertaken several philanthropic projects and programmes.

It’s not surprising his former spiritual father Rev Owusu Bempah was not at this year’s birthday party celebration as he was last year because of the recent rift between the two men of God.

READ ALSO: Owusu Bempah has no right to call himself the Nation’s Prophet-Badu Kobi

Also, Obinim wasn’t spotted at this year’s as he attended last year— perhaps — did not want to clash with Rev Obofour.