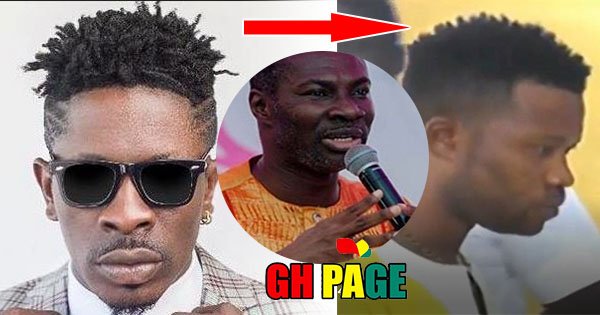 Founder and leader of the Glorious Waves Church International, Prophet Emmanuel Badu Kobi, has named rapper Bobby Wonder as the one to take over and shine as Shatta Wale is doing right now.

According to the man of God, Shatta Wale sees no other pastor but only him as his spiritual father.However, God has revealed to him that, a certain rapper who is called Bobby Wonder also known as Isaac will take over Ghana music soon.

He made this claim during a prophetic session at his church service.Speaking to the congregants he said;

“Shatta Wale, Emmanuel Badu Kobi is his pastor.He doesn’t recognize any other person as his pastor.He said, ‘the day I held your sticker in my room my music changed’.”

“I have seen something and I am going to say it which will shock all of you.He almost came to church but will be here this Sunday, Shatta Wale.—He is my spiritual son, you don’t know?”He stated.

“When I was preaching I saw Shatta Wale entering the room.Then I said God what is this, and He said, the next person who should come after Shatta Wale is in the room.I ask God if it’s Shatta Wale and He said yes.”He added

The prophet continued to say that, God had told him Bobby will sing, rap and rise as the way Shatta rose and is rising.

He told the musician to continue with whatever he is doing and expect a breakthrough in the second part of the year, 2019.And he stated emphatically, after Shatta Wale, it’s you.

Share
Facebook
Twitter
WhatsApp
Previous articleBride Involved In Accident Few Weeks To Her Wedding, Leaves The Hospital Ward In A Wheelchair To Have Her Wedding(Photos)
Next articleDJ Switch Donates to Orphanage And Rehab Center(PHOTOS)

Kumawood actress, Tracey Boakye has finally confessed that she was a big-time Pimp who introduced girls to big men.
Read more
Lifestyle