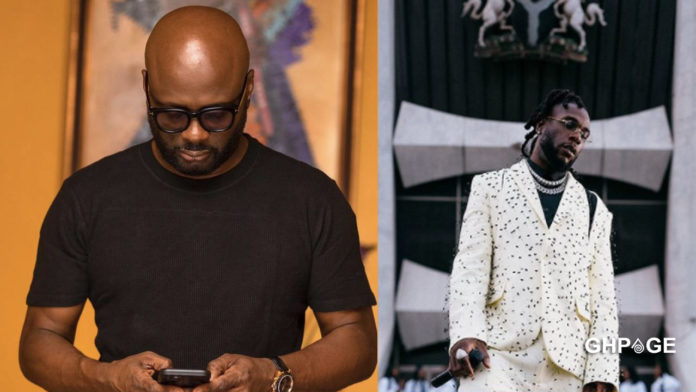 Burna Boy has made the entire continent of Africa proud by winning Best
Global Music Album of the year at the just ended Grammy Awards.

His journey in the music industry and the evolution of his music over the years
has according to many pundits, been the contributing factor to his triumph.

Hence, the conversation has gotten to the peak of the need for more African
musicians to be represented at the award show, but for that to happen, the
continent must stay with its original sound.

He told friends and a lot of industry players at that time that, a
Nigerian will win the Grammy Award ahead of Ghana.

As time went by, the Artiste Manager narrowed his prediction and stated that Burna Boy will win the award in 2021.

Watch the interview with Kiki Banson below;