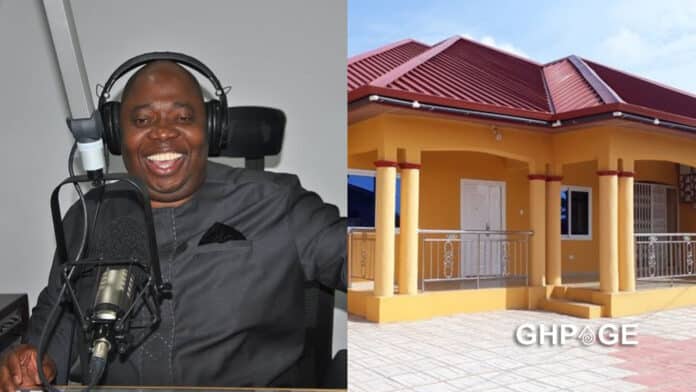 Ghanaian radio broadcaster Luther King Kwame Adinkra, popularly called Kwame Adinkra, has opened up about his achievement in the media space with a career spanning over two decades.

During a chat with Oliver Khan in the studios of Kumasi-based Pure FM, the comic guest asked Kwame Adinkra about his assets as a journalist and radio presenter.

In response, Kwame Adinkra noted that he has over 25 years of working experience but shockingly revealed he can only boast of a house and two cars.

This revelation left Oliver Khan gobsmacked, while other unidentified persons in the studios burst into laughter.

For what it’s worth, Mr Adinkra did not seem proud of what he has accomplished after Oliver Khan bluntly told him he has wasted his years being a radio presenter.

He is married to Mrs Obaa Aku Amponsah since 2014.