Rashad Writes: It’s insane to link the fold up of UT Bank to Kofi Amoabeng’s refusal to pay tithe 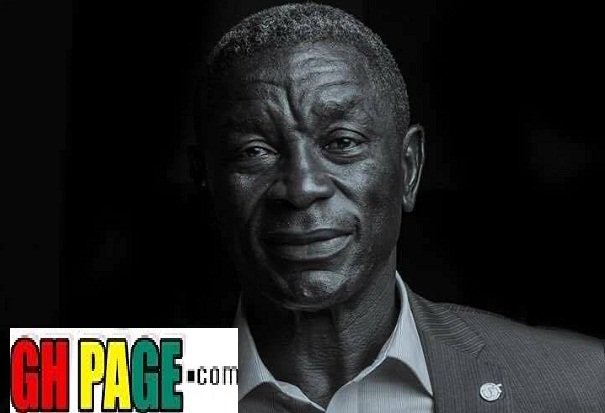 Since yesterday, the biggest topic in Ghana is the annulment of the license of UT Bank and Capital Bank and the subsequent take over by Ghana Commercial Bank(GCB).

Whiles experts on banking and financial institutions are in deep research trying to find out why the UT Bank, one of the most patronized banks in Ghana and Capital Bank, the bank that won the most promising bank last year at the 2016 Banking Awards could just fold up within a twinkling of an eye, some Ghanaians are attributing the fold up to the spiritual standing of Kofi Amoabeng.

SEE: UT Bank And Capital Bank Taken Over By GCB And Here’s All That You Need To Know

Last two years, Kofi Amoabeng the owner of UT Bank publicly declared on Starr FM that he does not pay tithe and he does not intend to give his 1/10th of his income to anybody to be used as he/she sees fits anytime soon.

“I don’t have to give it to somebody who then decides where to put the money. So it is my hard earned money and I should put it where I want to put it.”

Two years down the line, UT Bank has had its licensed revoked and has been taken over by GCB and the holier than thou Ghanaians are attributing this fold up to his refusal to part with 1/10th of his income.

A WhatsApp message that is going viral states:

Prince Amoabeng, former CEO of UT bank once said that he doesn’t believe in tithing and therefore do not pay tithes.He further added that it is only fools who go and give their monies to pastors in the name of tithing. He was very happy and proud when he said that.

But three years after his ignoramus statement, I woke up today to only read from newspapers that his UT empire is on the verge of collapsing and GCB has taken over.

I wonder what might be going through his head now. You’re not wiser than God. Tithing is not something you give to God in a form of favor. Tithing is what you owe God. Don’t let anyone deceive you.

How does this make sense to anyone? How? Capital Bank is chaired by Reverend Dr. Mensah Otabil who recently requested his congregation to pay as much as $5000 for a financial blessing from God. Yet it has also collapsed and under the control of GCB today.

Besides Reverend Dr. Mensah Otabil, Capital Bank has one other Reverend, Rev. Edwin Obeng Donkor as its board member. Don’t they pay their tithe? or what are the proposers of this insane reason trying to tell us?

UT Bank has employed over 1000 people who earn their bread from the company. It has over 40 branches all over Ghana. And I believe some of them are devout Christians who pay their tithe dutifully. Now God will take their bread away because their chairman does not pay his tithe? What kind of God is that?

You prefer he gives his money to some extravagant pastor who has an addiction to flashy cars and expensive suits to enjoy as he sees fits right? Philanthropy is the greatest form of love and if your God doesn’t see that then he is a different kind of God.

It’s will be reasonable for those propagating such flimsy tithe solution to keep quiet for the serious minded people to diagonalize the causes and find a way forward.

North Korea Bank, Bank of India and Bank of China do not give the 1/10th of their income to some pastor to enjoy yet they keep prospering.

Christianity is doing more harm than good to Africans.It’s about time some African’s start using their brain. It’s free of charge if you put it to work.