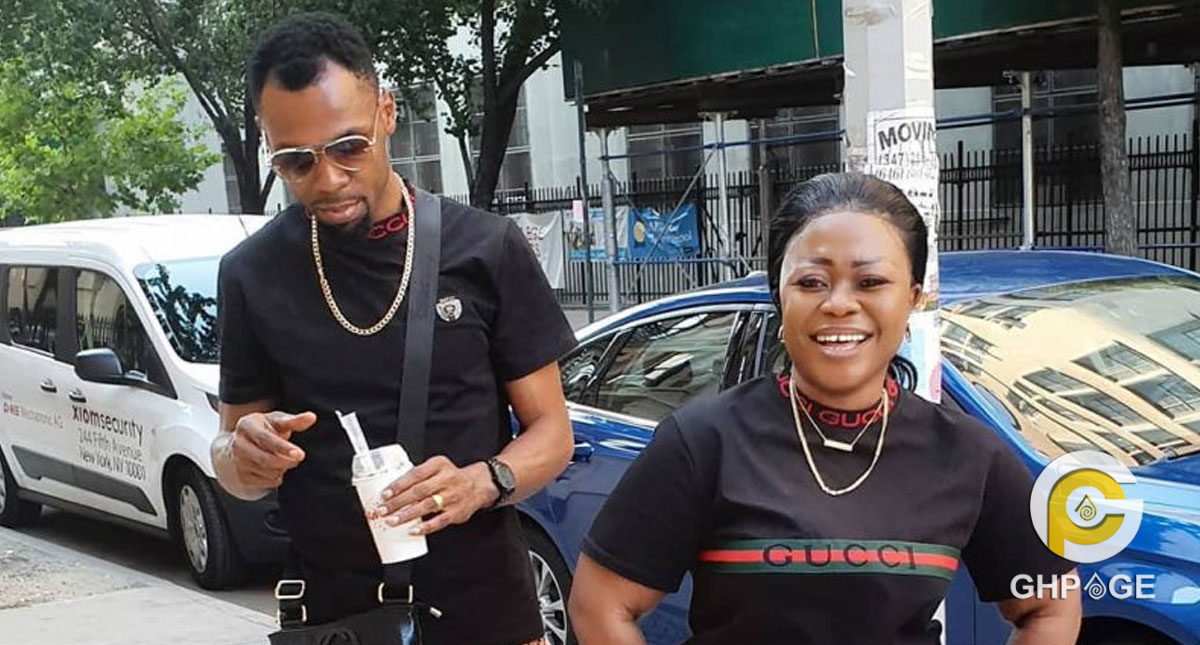 A few days ago, Queen Ciara, wife of controversial preacher, founder and General Overseer of Anointed Palace Chapel (APC), Rev. Obofour celebrated her birthday. To mark her birthday, Obofour threw his wife a lavish party which had lots of people in attendance.

Afro dancehall star, Stonebwoy, surprised the couple as he arrived in the company of his manager Blakk Cedi as they were celebrating her birthday.

Stonebwoy performed one of his hit songs ‘Bawasaba’ much to the delight of the guests at the event. Rev. Obofour then began grinding Queen Ciara as they danced to the song.

Rev. Obofour has been married to Queen Ciara for nine years now yet their love seems new every morning. Obofour, undoubtedly one of the richest clergymen, continuously lavishes his wealth on his beautiful wife as he recently bought her a powerful and extremely expensive Rolls Royce.