Rev Owusu Bempah finally opens up on his three divorces 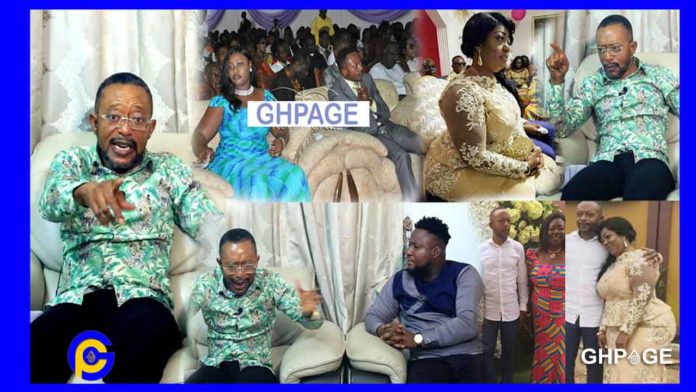 In an exclusive interview with GhPage TV, the man of God explained how his three marriages ended abruptly.

In explaining how his first marriage ended, Rev Owusu Bempah revealed that his first wife known as Maame Justine filed for divorce immediately he was discharged from the hospital in the United Kingdom for food poisoning.

According to him, during the court proceedings for the divorce, Maama Justine stated that she cannot take care of their three children therefore, the man of God was given custody of the children.

He explained that Abena Animah filed for divorce for reasons best known to her and added that his church members jubilated when they found out about the divorce.

On his third marriage, Rev Owusu Bempah disclosed that the marriage lasted for only five months because his wife was already married, which he knew nothing about.

The man of God revealed that his third wife known as Hannah was legally married to another man, so he had to end that marriage when he found out.

Rev Owusu Bempah further stated that it wasn’t his fault for his three divorces but he is always criticized for being a bad husband.

He added that he is currently treading cautiously in regards to his next marriage as he needs to settle down due to his calling as a man of God.