Photos: See The Obituary Poster For The Late KABA 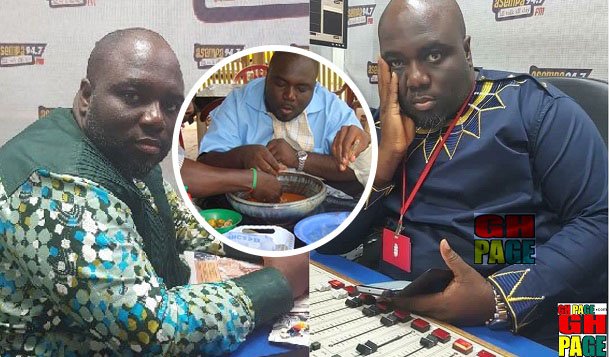 The final funeral rite for the ace multimedia broadcaster, the late Kwadwo Asare Baffuor Acheampong aka KABA has been set and his obituary poster has been released to the public.

An obituary poster spotted by, Ghpage.com comes with all the details of the final funeral arrangements for the late KABA, whose sudden death came as a surprise to all Ghanaians.

On the newly released obituary poster, KABA’s funeral is dated December 16 to 17, with the main rites which include the Laying In State happening on December 16 which is Saturday at the forecourt of the State House.

KABA was pronounced dead on Saturday, November 18, at the Korle-Bu Hospital in Accra when he was sent there for an immediate treatment.

The late journalist was only 37 years and got married only last year. He left back a wife, Valentina, also a broadcaster and a 7-month old child.

Many conclusions were drawn after the death of the ace broadcaster as to what really caused his death, a session of people suggested his sugar level while others attributed it to spiritual atrocities.

Check The Image Below………. 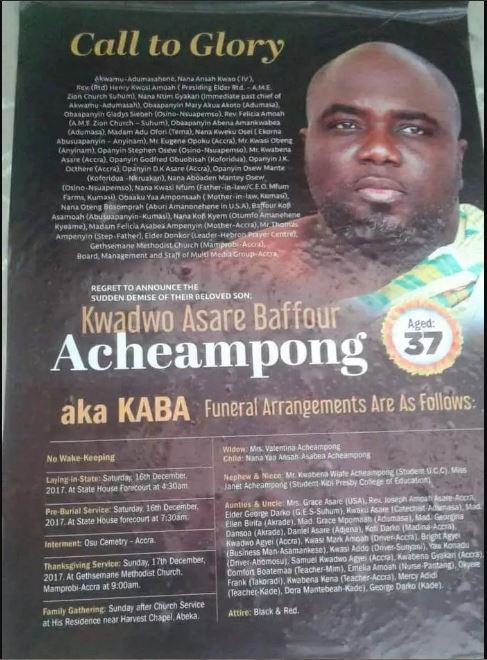