Shatta Bandle shows off his new estates after Dangote replied him 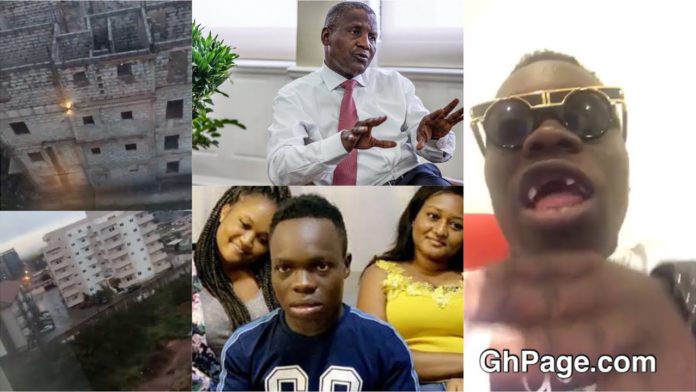 Shatta Bande who describes himself as a Young Rich Nigga revealed his new estates and other buildings to prove that he is indeed rich.

He also bragged about having a lot of other businesses under construction indicating that he is the richest man on this earth.

In a video sighted by Ghpage.com, the diminutive social media sensation showed off his estates and bragged about being richer than Dangote.

“Your money, your power. What money can buy can never scare me, I am the money man. I am currently at a nice location and these are my estates still loading.

Call me the estates’ owner, I get money plus Dangote. Who is Dangote? That small boy, I get money than him”, Shatta Bandle bragged.

Recently, Aliko Dangote who is one of the richest men in Africa revealed in an interview that he is not in a competition with anyone who claims he is richer than him (Dangote).

According to Dangote, he has nothing to prove to anyone and he is being recognized for the work he has done.