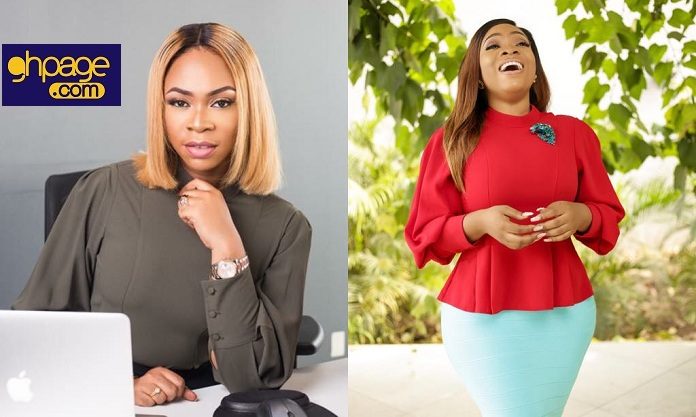 Michelle Diamond, the baby mama of the self-acclaimed Dancehall King Shatta Wale has descended heavily on Moesha Bodoung for her s£x for cash comment on CNN

Speaking to Christiane Amanpour on CNN’s “S£x and Love Around the World”, Moesha said she has so many needs that she cannot attend to on her own and will need the support of a man for.

“In Ghana, our economy is in such a way that you need someone to just take care of you [because] you can’t make enough money as a woman here.

SEE ALSO: “MOESHA BODUONG IS RIGHT; WE SHOULD APPLAUD HER FOR SPEAKING THE TRUTH’ – CAPTAIN SMART

Asked if she is having s£x with a married man essentially because he can afford to pay her rent, Moesha answered in the affirmative, adding that “He takes care of me, my financial stuff, my apartment, my car, my rent – everything.”

Ghanaians have not taken it kindly with her generalization statement that Ghanaian women have s£x for cash in order to survive.

The latest person to register her disagreement with the statement from Moesha is Shatta Michy. According to Michy, it is wrong to go for a man who is already made. Using herself as an example, Michy stated that when she met Shatta Wale, he was a “Work In Progress”.

its possible to make it as a woman in gh. don’t be deceived. the rich man paying the bills today was once a poor man, patience has its rewards. you’re waiting for ‘ready made” men? when I met my KING, he was a work in progress, I was patient and God didn’t fail me. if you understand life, Life will be easier. we all make mistakes but c’mon there are strong, hardworking young women out here, get them noticed ..eg the nail technician

SEE ALSO: When The Brainless Is Hyped, Shame Becomes Our Friend – The Case Of Moesha Boduong On CNN