Just a year past, our cherished readers could remember news that went viral which reported; Shatta Michy had run away from Shatta Wale’s apartment after stealing from him.

The indictment, as made by one popular influential Instagram blogger, by name @thosecalledcelebs. The blogger made some revelations, thus it was stated that Shatta Michy took to her heels with Majesty the son of Shatta Wale after she stole his Range Rover and some other important documents of him.

READ ALSO: MzVee wept bitterly on live radio as she recounts her days of depression

Well, reports reaching Ghpage.com indicates the influential Instagram blogger has come out to say all accusations on Shatta Michy were lies and that Shatta Michy didn’t Steal anything possessed by Dancehall artist Shattta Wale but rather wanted to use that as a trap to get Michy back to Wale.

The blogger who is reported to be a lady included in her submission on her post on Instagram that she wanted to bring back Shatta Michy to the house as already Michy had left Wale’s life for good as a result of issues that were beyond mending though Wale badly wanted his baby mama back.

READ ALSO: Fantana’s name pops up in the cause of Fella Makafui and Medikal’s breakup

Ghpage.com has come across the post by the blogger, which details every bit of information you need on this story, check out. 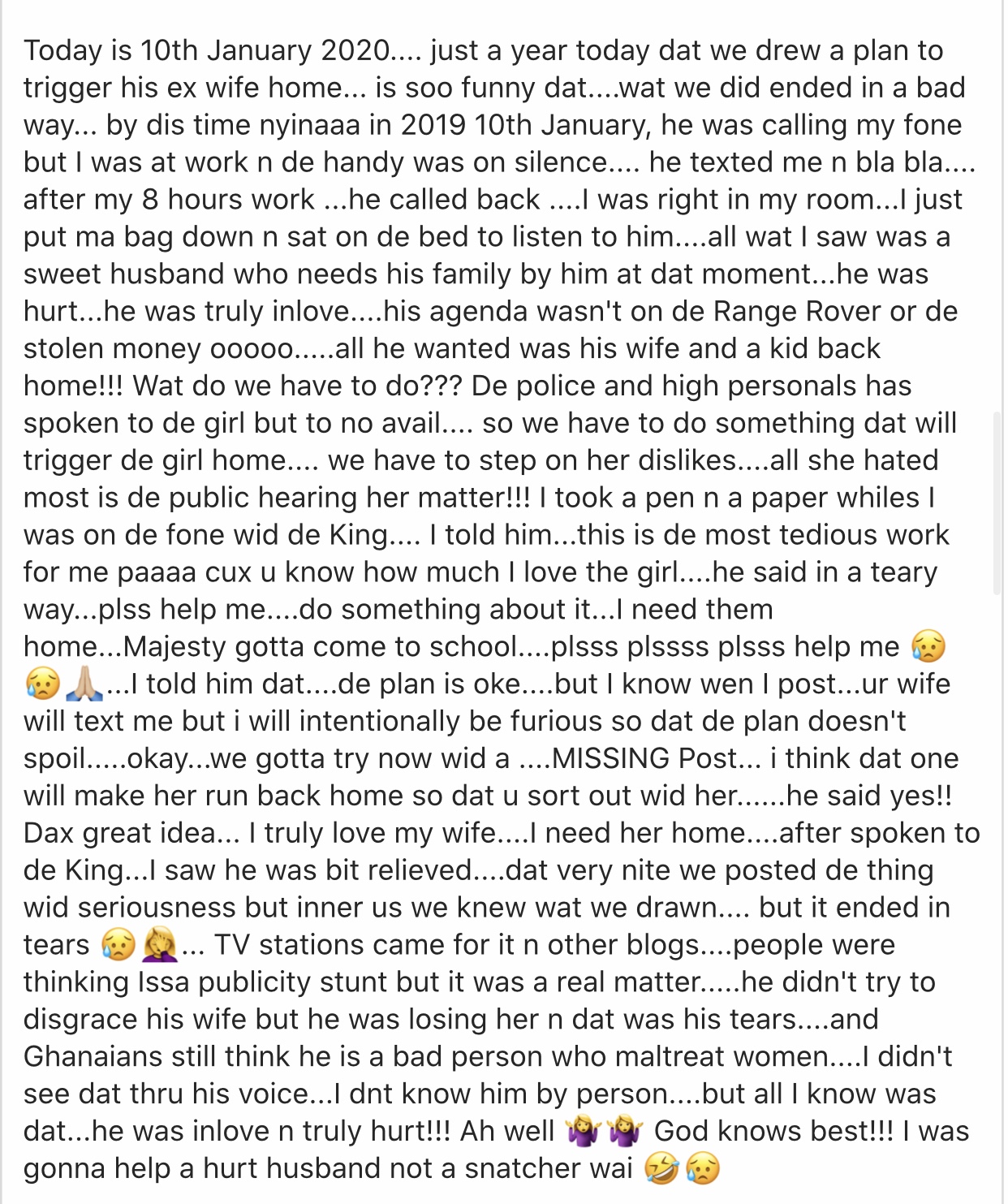