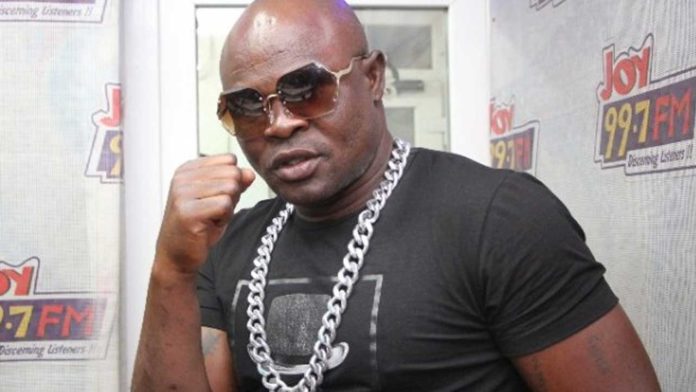 Ghanaian boxer and African Mayweather Bukom Banku is set to receive a brand new car from Ghanaian Dancehall artiste and self-acclaimed dancehall king Shatta Wale after winning his bout in London over the weekend.

In a video sighted, Bukom Banku who is still enjoying his stay in London is heard saying that he has won his fight and that Shatta Wale should stick to his promise of buying him a brand new car.

According to Banku, Shatta Wale made a promise of giving him a car if he wins his fight against his opponent and now that he has won the fight, all he wants from Shatta Wale is for him to just buy him a Camry car.

The fight happens to be his first fight outside Ghana for the WBO African champion, Braimah Kamoko because he has been denied international fights due to his alleged poor eyesight. His promoters over the years have insisted it won’t go down well for him with such poor eyesight internationally.