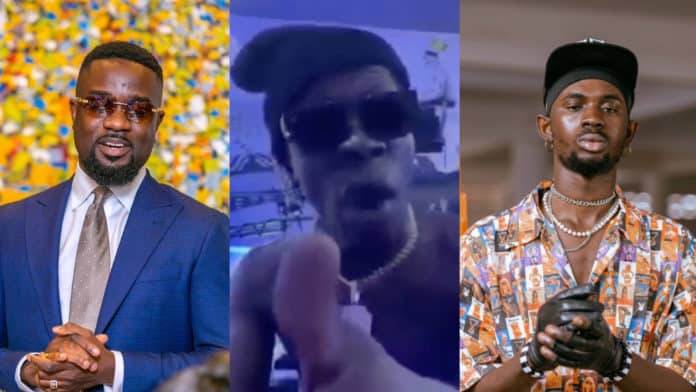 Shatta Wale has gone berserk on social media and, as a result, mentioned names of Ghanaian artists he believes he is way ahead of.

Following a simmering beef between himself and Yaa Pono which has been resurrected on Twitter, Shatta Wale has made a definite statement about his relevance.

According to him, he has been in the music business for years thus it would be disrespectful for anyone to compare any artist, living or dead, to him.

In a social media rant, Shatta Wale mentioned the likes of Sarkodie, Stonebwoy, Samini and even the young boy on the block Black Sherif as average in comparison to him.

“Go and ask Sarkodie if he is anywhere close to me. Go and ask Samini, Stonebwoy, and Black Sherif if they are my size. The fools.”

Shatta Wale also stated that he has a business approach to the music thing he does, unlike his peers who are only concerned about popularity. He also bemoaned the lack of shows for a relevant artist like himself.

“You guys should stop fooling. I am a businessman. None of these artists come close to me, not even Sarkodie,”

That was how Shatta Wale chose to reply to Yaa Pono’s vendetta which he threw at him in a series of Twitter back and forth…many have not taken it too seriously.