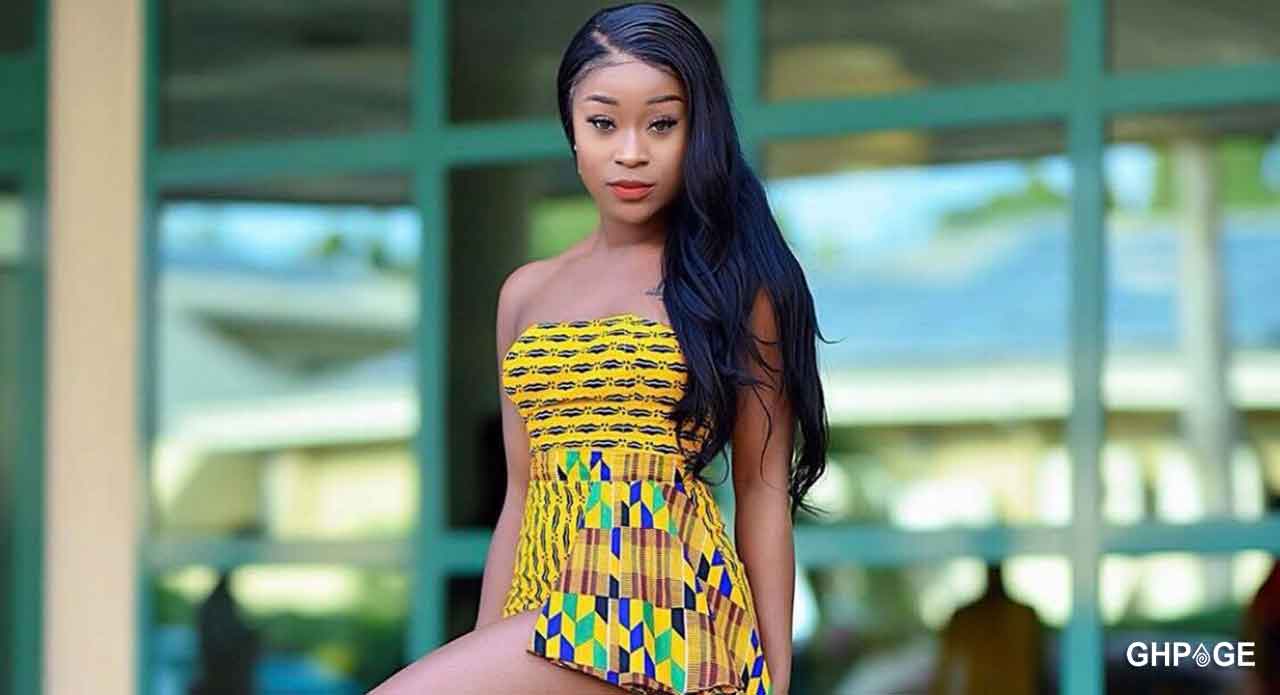 Popular Ghanaian actress and social media queen Efia Odo has shared an almost naked picture of herself on Instagram which has got tongues wagging on social media.

The social media slay queen was in a bikini exposing vital parts of her body and as usual social media users didn’t spare her on the backlash.

However, her best friend of two years Shatta Wale seemed to be very impressed with the explicit photo of Efia Odo.

The “My Level” hitmaker made a lovely remark at the comment section. He wrote; “Pretty Forever”.

The media personality also replied; “thank you amore”. This has, however, continued to confirm the romantic relationship between the two personalities even though Efia Odo has denied the claim on several occasions.

mj_gangster also wrote, “Efia Odo, he wanna chop you for sure”.

adamadzie added; “Nice but too naked”.

edward_martey had this to say; “Do you know you are degrading your value and losing your respect from men?”