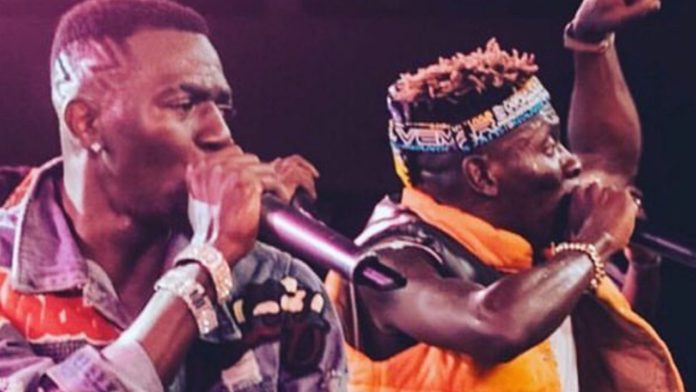 Award-winning dancehall musician Charles Nii Armah Mensah Jnr popularly known as Shatta Wale has disclosed that one of his militants has been suspended from the team.

In an interview, the “Melissa” hitmaker revealed that Joint 77 has been indefinitely suspended from the Shatta Movement team.

Shatta Wale failed to explain into details what led to Joint 77 being suspended from the team.

He further stated that Joint 77 does not listen so currently, he has been suspended indefinitely from the team.

“He’s on Suspension, an indefinite one, I don’t really want to go into detail with what happened, but all I want to say is he doesn’t listen, so yes, he’s on suspension. It’s now left with Captain, Addi Sef, and Natty Lee”, Shatta Wale disclosed.

Joint 77 was a member of Shatta Wale’s militants and for some time now has been absent from activities of the team.

Shatta Wale recently purchased a brand new Toyota Camry for Joint 77 as a birthday gift adding that he stood by him for 16 years and had always believed in him.