Video: “It is a sin to pay or receive tithes” — Pastor Chris Ojigbani 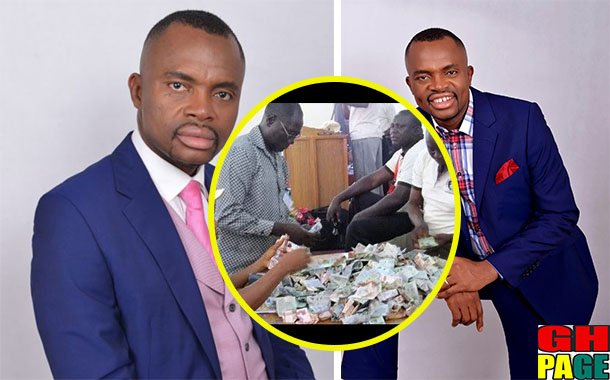 This is Pastor Chris Ojigbani 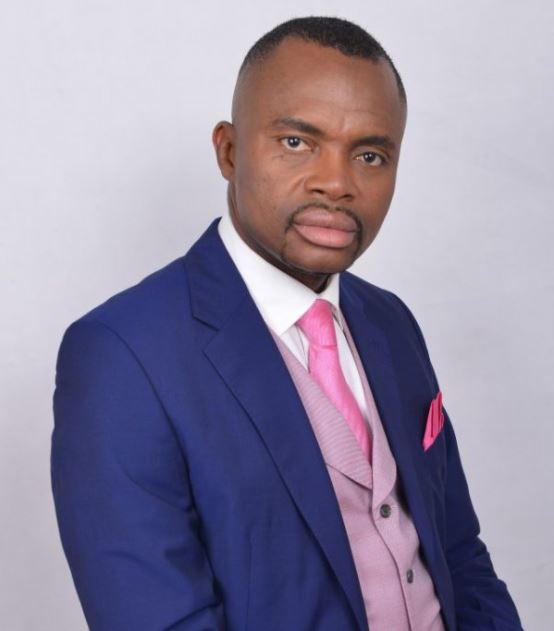 He is the founder and Senior Pastor of Covenant Singles and Married Ministries.And according to him, it is a sin for every Christian to pay or receive tithe.And he explained.

For hundreds of years, Christians incur the wrath of God by paying and receiving tithe. Though the doctrine of a tithe is popular and generally accepted in Christianity, it’s a wrong doctrine.

It’s actually a sin to pay tithe and it’s equally a sin to receive tithe in Christianity. The doctrine is generally accepted because of the misinterpretation of some tithe related scriptures.

What is tithe?
Tithe as an English word means one tenth or 10 percent. Tithe in the scripture means a mandatory 10 percent of one’s increase (Deuteronomy 14:22).

How often did Israelites give Tithe?
The tithe system had a seven-year cycle. The Israelites were mandated to give tithe on the first year, second year, third year, fourth year, fifth year and sixth year.

On that year, they would allow the land to lie fallow (Exodus 23:10-11) (Leviticus 25:1-7). So, because they used agricultural products as tithe, they never gave tithe on the Sabbath year.

The Types of Tithe
There were basically three types of tithe practiced by Israelites.

First, was the Levitical tithe or the first tithe (Numbers18:21-24), and it was given yearly to the Levites. This first tithe is the doctrine of tithe practiced by Christians.

The second tithe was called the tithe of feasts. In this kind of tithe, the person tithing would eat the tithe himself at a place the Lord will choose for him This tithe was done on the first year, second year, fourth year and fifth year of the seven-year cycle (Deuteronomy 14:22-27).

The third tithe was the poor man’s tithe, which was done on the third and sixth year. In this kind of tithe, the person tithing would give the tithe to strangers, widows, fatherless and Levites to eat and be satisfied (Deuteronomy 14:28-29).

Amongst the three kinds of tithe, Christians wrongly practice the first one, which is also called the Levitical tithe. I will quickly show you why it’s a sin to pay or receive tithe in this dispensation.

Why It’s a Sin to Pay or Receive Tithe

When God gave the commandment of tithe, He clearly stated who would pay the tithe; who would receive the tithe; and the purpose for receiving the tithe. He said the tithe would be paid by Israelites (except those from the tribe of Levi). He said that only the Levites were permitted to receive tithe and also said it was for their service in the tabernacle of the congregation. God actually gave them the tithe as an inheritance (Numbers18: 21-24).

For you to be eligible to pay tithe, you have to come from any of the tribes of Israel, apart from the tribe of Levi.

Though Gentile Christians are children of Abraham, we were not given any tribe. As long as you don’t have an Israeli’s international passport, you are not eligible to give tithe. The instruction was very specific.

Second, if you are eligible to give tithe, you are permitted to give the tithe only to one set of people called the Levites

And, behold, I have given the children of Levi all the tenth in Israel for an inheritance, for their service which they serve, even the service of the tabernacle of the congregation.

Neither must the children of Israel henceforth come nigh the tabernacle of the congregation, lest they bear sin, and die.

But the Levites shall do the service of the tabernacle of the congregation, and they shall bear their iniquity: it shall be a statute for ever throughout your generations, that among the children of Israel they have no inheritance.

The Levites are simply those from the tribe of Levi. Even in the New Testament of the Bible, the scripture clearly tells us that only the Levites are permitted to receive tithe (Hebrews 7:5). If you give your tithe to non-Levite, you are going against God’s instruction. And it will be counted against you as a sin. I will also like to state that there is nothing like spiritual Levites. We may have spiritual Israelites but not spiritual Levites or spiritual Benjaminite. I will also like to state here that priests did not receive tithe from the Israelites. The Israelites gave their tithe to Levites and Levites would then give 10 percent of the tithe to Priests (Numbers 18:26-28).

Third, for you to be eligible to receive tithe, you must be a Levite. It’s very clear in the scripture. When a non-Levite receives tithe, the person has gone against the instruction of God. Such person has committed a sin. If you are not from the tribe of Levi, then you are not a Levite. There is nothing like a spiritual Levite. This explains why Jesus Christ, who was from the tribe of Judah, didn’t receive tithe from anyone. Apart from the fact that Jesus didn’t ask the Israelites to pay tithe to him, He still encouraged them to continue paying their tithe. In Matthew 22:23, He rebuked the Pharisees that they pay tithe, which is less important, and leave the more important things like justice, mercy and faithfulness. He then encouraged them to do both the less important ones and the more important ones. In other words, He encouraged them to continue paying tithe to the Levites. That was simply the law. Only Levites could receive tithe.

Finally, tithe cannot be paid or received in this dispensation because the purpose of giving tithe to Levites can no longer be fulfilled now. Why did God command that tithe should be given to the Levites?

And, behold, I have given the children of Levi all the tenth in Israel for an inheritance, for their service which they serve, even the service of the tabernacle of the congregation. Numbers18:21

He redeemed us in order that the blessing given to Abraham might come to the Gentiles through Christ Jesus, so that by faith we might receive the promise of the Spirit. (Galatians 3:14, NIV)

The scripture above still calls us Gentiles. Even though we may be spiritual Israelites, we are still Gentiles and as such are not Levites. We are not permitted to pay or receive tithe.

Second, Abraham’s tithe was a one-time gift. He didn’t give it every month or every year unlike the monthly tithe practiced in Christianity. In addition, tithe in the scripture was mandatory while Abraham’s tithe was voluntary. Abraham didn’t pay the tithe because any law said he should pay it. He paid it of his own volition. This explains why his son Isaac didn’t pay tithe. Even his grand son Jacob didn’t pay tithe as well. Though Jacob vowed to give God one tenth, it wasn’t tithe. It was a personal vow he made that if God would protect and bless him, he would give Him one tenth of the blessing.

And Jacob vowed a vow, saying, If God will be with me, and will keep me in this way that I go, and will give me bread to eat, and raiment to put on,

So that I come again to my father’s house in peace; then shall the Lord be my God:
And this stone, which I have set for a pillar, shall be God’s house: and of all that thou shalt give me I will surely give the tenth unto thee. Genesis 28:20-22

Jacob’s vow was also a one-time one and voluntary. It wasn’t every month or every year.

Finally, Abraham didn’t give the tithe to Melchizedek for us to emulate him and start giving tithe. And even if we are to emulate him, then you can only give tithe from spoils you get from war. That means for you to give tithe, you would need to go for a war, win the war and bring the spoil. Abraham’s tithe cannot be used to teach people to pay tithe.

Bring ye all the tithes into the storehouse, that there may be meat in mine house, and prove me now herewith, saith the Lord of hosts, if I will not open you the windows of heaven, and pour you out a blessing, that there shall not be room enough to receive it. Malachi 3:10

Many people have asked me questions regarding Malachi 3:10. One person once asked me “If we are not supposed to pay tithe, what does Malachi 3:10 mean?” The answer is very simple. Malachi 3:10 doesn’t refer to the congregation. It rather refers to priests. Yes, the scripture speaks to priests. For better understanding, I will take you to the Book of Numbers.

A priest descended from Aaron is to accompany the Levites when they receive the tithes, and the Levites are to bring a tenth of the tithes up to the house of our God, to the storerooms of the treasury. Nehemiah 10:38, NIV

So, it happened that the priests in those days were not taking the tithe of tithe to the storehouse of God. And God was angry and warned them in Malachi 3:10. To really know who God spoke to in Malachi 3:10, it’s better to go to Chapter 2:1 where the instruction started.

And now, you priests, this warning is for you. Malachi 2:1, NIV

The warning continued from Chapter 2 until it got to Chapter 3, verse 10.
So, the scripture was a warning to priests and not a warning to the congregation.

If you are a man of God, please do not receive tithe again so that you don’t incur the wrath of God. If Jesus Christ, Apostle Paul, Apostle Peter, and co didn’t receive tithe, why then should you receive tithe? There are many other kinds of offering you can receive. You can receive the regular offering, partnership offering, sacrificial offering, but not tithe. The tithe system is against the poor. Yes, the tithe system takes from the poor to take care of the rich. But we are supposed to take from the rich and take care of the poor. You must stop now! Why am I telling you this? It is an instruction from the Lord. Can the instruction be found in the Bible?

Preach the word; be prepared in season and out of season; correct, rebuke and encourage—with great patience and careful instruction. – 2Timothy4:2

The above scripture clearly says rebuke and correct wrong doctrines.

A revival has actually started. Yes, it has started. And because it’s of God, no one can stop it. I encourage you to join the revival. A true revival is not gathering together to pray but identifying errors, recognizing the truth, and start practicing the truth.
He who has ears, let him hear.
God bless Christians.

And God bless you!